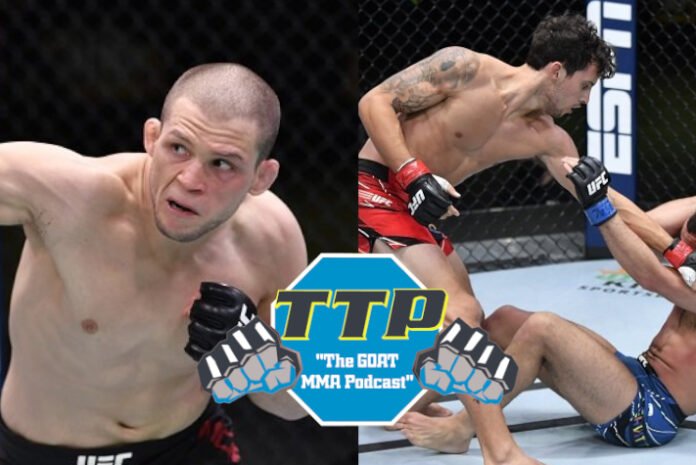 Kicking odd this episode is our interview with Gracie Barra Woodlands owner Alex Morono. He discusses how he balances the work between his home gym and heading up to Dallas at Fortis MMA. Plus, he talks about the odd nature of having one of you good friend on The Ultimate Fighter – as he just had one of his very best friends, Ricky Turcios, win the show. He says despite his pressing, Ricky never told him a thing and shares how that made fight camp interesting. Plus, Morono shares his thoughts on UFC Vegas 44 and his upcoming opponent, Mickey Gall.

After a week without a UFC event, we’re back at the Apex again. Jose Aldo squares off with Rob Font in a fight with title shot implications all over it. Gumby and Shockwave breakdown that fight along with some of the other close ones on the main card, and they give you their plays. Plus, they take a look at an underdog that could make your wallet fat this weekend. They’ve been red-hot picking them and scored with a +245 underdog last weekend in Shayilan. Ride with them again this week and be sure to check out their parlay as well.

To close out this week’s episode, Claudio Puelles joins us to talk about his underrated run in the lightweight division. Puelles has quietly won three in a row and looks to make it four with a win at UFC Vegas 44. Standing in his way is Chris Gruetzemacher, who is looking to put together a little run of his own. In addition to talking about the fight, Puelles also details the difficulty of having family back in Peru. Since moving to the US to train at Sanford MMA mid-pandemic, things have become even harder.