Fort Lauderdale, FL — Raush Manfio will be looking to write a happy ending to his storybook PFL season at the league’s 2021 championship on Wednesday.

Lightweight Manfio (14-3) stepped into the season a virtual unknown, an injury replacement for Olivier Aubin-Mercier. First, he beat OAM’s original opponent, Joilton Lutterbach. Then, he after briefly being linked to a fight with good friend Natan Schulte, he wound up facing ex-UFC champ Anthony Pettis, and won that as well. In the semifinals, he defeated Clay Collard, another UFC veteran, to advance to the million dollar final this Wednesday.

Speaking to media outlets including Cageside Press on Monday, Manfio admitted he hadn’t had much time to really let things sink in, or do even slow down, with the exception of a single break.

“I think it was focus, focus, focus, but after my fight against Pettis, because I made two weight cuts in two weeks, because I almost fought Natan [Schulte], and then in two weeks they changed it. I got like one week off at Orlando and Disney, with family,” Manfio recalled. “I think it was the only week I took off. It was a really good time, but after that, it was just focus on the next fight until now.”

Manfio has been paired up with Loik Radzhabov, who lost to Natan Schulte in the 2019 finale.

“He’s an excellent fighter, really tough. I think he’s more tough than technical. The technical part is super good, but he’s tougher,” suggested Manfio when asked about his opponent. “It’s going to be a hard battle, but I’m more than ready to knock him out in the first round. His only weak point is, his stamina’s not good, my strongest point is my stamina, my explosion, and I’m going to use this is my favor.”

There’s no secret to his strategy, added Manfio. “I want to block the takedowns, if possible, or [use] jiu-jitsu against him, but on top, not with my back on the floor. Striking, I think it’s going to be five rounds of striking.” The longer the fight goes, added Manfio, the better it is for him.

Watch the full PFL 2021 World Championship media day appearance from Raush Manfio above. More coverage can be found below. The event takes place this Wednesday, October 27, 2021, in Hollywood, FL. 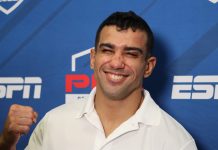 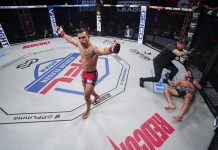 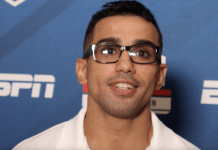 Raush Manfio Admits to Being Upset Over PFL 1 Headlining Snub, But Ultimately It Doesn’t Matter