Two years away from fighting was not easy to overcome for Anatoly Tokov, but he got the job done at Bellator 269.

Tokov (30-3) went all three rounds in his fight, picking up a split decision win over Sharaf Davlatmurodov.

Afterward, he admitted that “I felt a little bit rusty in this fight, because of the two-year absence. It felt like my reach was a bit off. Ultimately it was not an easy fight, it was quite a heavy fight, but I’m glad that I had to stay there in all three rounds, because it allowed me to breathe, it allowed me to take control of the situation.”

There were no surprises in the fight with Davlatmurodov, Tokov went on to say — and for good reason. “I was in fact not surprised at all, because I used to train with Sharaf,” Tokov told media outlets including Cageside Press. “And I know his strengths, I know he’s a really serious fighter. So it was quite a challenge for me, he’s a really good fighter. But no, nothing was surprising about this.”

Now, he’s looking for a title fight in Bellator’s middleweight division. “I think I more than deserve this fight. I’ve fought six fights for Bellator without a single loss, and I believe that I’m more than deserving of this fight,” he stated.

He may have to wait, however, as Gegard Mousasi appears set to defend his title against Austin Vanderford first.

Asked about appearing as part of Bellator’s inaugural trip to Russia, Tokov focused more on his own performance — and he’s hoping to do better next time. “Next time I hope I’m going to be fighting better and winning better,” he stated, before adding that “to me the ultimate goal is not how I fight, to me the ultimate goal is that I win. That at the end, it’s my hand that is being [raised] up by the referee.”

Watch the full Bellator 269 virtual post-fight press conference with Anatoly Tokov above. More coverage from the event can be found below. 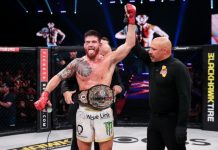 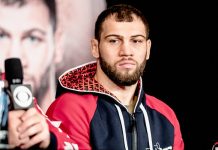