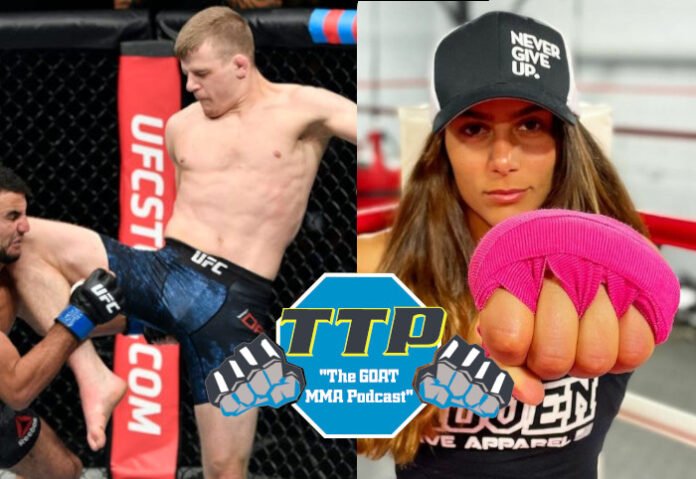 We kick off this week’s episode of TTP by talking to Grant Dawson. Dawson fights Rick Glenn as part of the co-main event of UFC Vegas 41 this Saturday. He discusses that fight and where he thinks he has the biggest advantage. We also dig into Carlos Diego Ferreira backing out of this fight and why it sucks to miss out on fighting a ranked opponent for the very first time. Plus, we discuss his five-fight winnings streak and why he doesn’t even think about opponents before he accepts fights.

It’s that time again – time for Fights, Dogs, and Parlays. It’s the Cageside Press community’s favorite fight break downs, and Gumby and Shockwave are back at it for UFC Vegas 41. As always, they’ll be shooting their shots for three of the biggest main card fights for the event, including the main event between Marvin Vettori and Paulo Costa. Then, they’ll dig into who they feel is the best underdog pick across the board for this week – and they have a sizable choice for this one. Then they piece together a parlay that they think can help you make your wallet fat as well. Be sure to tune in to all the good ideas they’ve got.

This week’s episode comes to a close with UFC Vegas 41’s Tabatha Ricci. The Brazilian strawweight discuses the very difficult debut she had, which came up a weight class and against Manon Fiorot. Now in a bit better of a spot, she’s excited to make her re-debut and square off with Maria Oliveira. In addition to talking about that fight, she also digs in to how her family was instrumental to her becoming a martial artist, and how she always knee that she would become one.