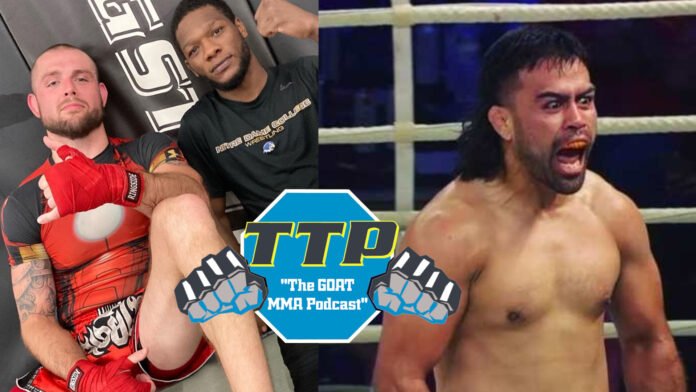 We kick off this week’s episode with an interview with Jonny Parsons. ‘The Paradox’ will be fighting on Week 8 of Dana White’s Contender Series this upcoming Tuesday. He discusses that fight and what he thinks will make him stand out on the show. Plus, he tells the story of his pro MMA debut. Living in Thailand at the time, Parsons took his first fight on just one day’s notice and a change of opponent on just a couple hours notice. Plus, it’s not as if he was facing off with some slouch. This this a story you’ll want to hear.

Last week, Shockwave and Gumby got back on their hot streak of picking winners including underdog Mariya Agapova. They’ve got more picks for you ready to go for UFC Vegas 40. With them being as hot as they are, this is not the segment to skip. Tune in to hear who they have as the best underdog to play, the best parlay to put together, and of course what to do with this hastily put together main event between Norma Dumont and Aspen Ladd at featherweight.

We round out the show with another interview from someone on Week 8 of Dana White’s Contender Series this upcoming Tuesday. Jesse Murray has the unique task of facing off with someone who already has a Contender Series win this year, but didn’t manage to get a contract. Murray talks about what that’s like and how he thinks he gets it done. Plus, he discusses what led him to train at his longtime home of Strongstyle MMA. He digs into how Stipe Miocic and the slew of other big men have been huge for him in preparing for the big show. He also talks a bit about teammate Mo Miller’s win on Contender Series.