Former UFC middleweight champion Luke Rockhold is out of his fight with Sean Strickland on November 6 due to a herniated disc.

One of the more anticipated returns of 2021 will have to wait.  Luke Rockhold announced on Instagram on Monday that a herniated disc has forced him to withdraw from his upcoming bout with Sean Strickland on November 6 at UFC 268.

.@lukerockhold announces he’s off #UFC268 due to injury

Rockhold revealed he herniated a disc in his back:

“I ended up herniating a disc in my back. L4, L5. The docs say it’s nothing I can play with. I need to do some treatment and recovery time.” pic.twitter.com/VOefwhuyYP

Rockhold (16-5) was set to compete for the first time after publicly considering retirement in 2020.  A former Strikeforce champion, Rockhold claimed UFC gold in 2015 and holds notable victories over Chris Weidman, Lyoto Machida, and Michael Bisping.  After losing the belt in 2016, injuries kept Rockhold from maintaining a consistent schedule and he would go on to post a 1-2 mark, defeating David Branch but losing to Yoel Romero and Jan Blachowicz.  Since his last fight, Rockhold had made the move to work with Jason Parillo at RVCA sport gym in southern California.

UFC 268 is set to be the promotion’s first event in New York since 2019, returning to the iconic Madison Square Garden for the fifth time since first arriving in the state in 2016.  The card is set to be headlined by the welterweight title rematch between champion Kamaru Usman and Colby Covington and co-headlined by the strawweight rematch between Rose Namajunas and Zhang Weili. 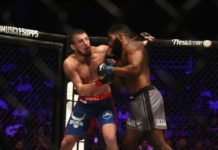 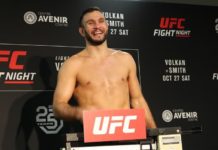 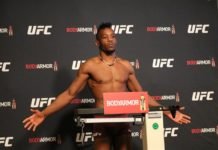