UFC 269 keeps getting better, as another promising welterweight match-up is set to go down at the December PPV.

ESPN was first to report the news that No. 10 ranked welterweight Geoff Neal will fight No. 12 ranked Santiago Ponzinibbio at the event. A source close to the situation subsequently confirmed the fight to Cageside Press.

After starting his UFC career out on absolute fire, Neal (13-4) has dropped to back-to-back fights for the first time in his career. “Handz of Steel” returned from a big health scare in his only fight in 2020 and would lose a unanimous decision to Stephen Thompson. The fight would be his first UFC main event. Neal recently lost a unanimous decision to Neil Magny at UFC on ESPN: Rodriguez vs. Waterson in May.

Ponzinibbio (28-4) will be looking to go 2-1 this year and reinsert himself in the welterweight title picture. In January, the Argentinian fighter returned from a very long layoff at UFC on ABC: Holloway vs. Kattar but was knocked out by Li Jingliang, which snapped his seven-fight win streak. Ponzinibbio got back into the win column in June when he defeated Miguel Baeza in a Fight of the Year candidate.

No location or venue has been officially announced for the December 11 pay-per-view event. However, it is rumored that UFC 269 will go down at the T-Mobile Arena in Las Vegas, NV.

The UFC 269 card currently breaks down as follows: 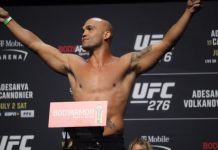 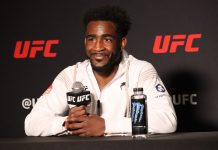