It’s back! At long last, Dana White’s Contender Series returns for its much-anticipated fifth season. To be fair, DWCS has been gone just a year, and fight fans had the recently finished Ultimate Fighter 29 to fill the void. Then again, many have suggested a second run of Contender Series fights each year, or just a longer season.

And why not? Because frankly, there’s a lot to like about the Contender Series, from the stakes to the presentation to the no fuss, no muss format.

Either way, the show returns Tuesday, with a four-fight card to kick off its fifth season. Here’s a look at the fights gracing the card in week one!

Even though Scheffel has much more experience than Murzakanov, Murzakanov has beaten better fighters. Murzakanov has wins over Mohammad Fakhreddine, the well-traveled Guto Inocente, and UFC fighter Andre Muniz.

Murzakanov has a background in judo and hand-to-hand combat, where he beat UFC fighter Ion Cutelaba. Scheffel does pose a threat on the feet for Murzakanov however. With that said, Scheffel has been knocked out a few times and Murzakanov has immense power. I have no doubt Murzakanov can knock out Scheffel. Murzakanov can go the other route in grounding Scheffel as he has a clear wrestling and grappling advantage. Russia’s Murzakanov has more ways to win this fight, and I believe he’s better everywhere. 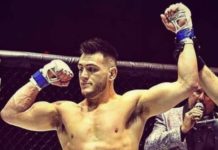