Another UFC veteran will step into the BKFC ring later this year. Alan Belcher vs. Tony Lopez transpires before summer’s end, with this heavyweight bare-knuckle boxing contest positioned as the August 20 co-main event for BKFC 20.

Per BKFC figurehead David Feldman, Belcher will be making his bare-knuckle boxing debut against a savvy MMA vet/ BKFC warrior in Lopez.

Belcher is debuting in bare-knuckle boxing here and is taking on the first fight of his multi-bout agreement with BKFC. An MMA veteran with an 18-8 record overall, Belcher last competed in April 2013.

This 37-year-old mostly fought at 185 pounds in his mixed martial arts career. Belcher aesthetically looks like he has put on some good muscle in this heavyweight BKFC transition.

Tony Lopez has just shy of 100 professional mixed martial arts bouts to his credit. He is presently 0-2-1 as a bare-knuckle boxer and campaigns for his first BKFC victory in a few week’s time.

“Kryptonite” Lopez is most known in his BKFC endeavors for a pair of iconic bouts with present BKFC/ Police Gazette heavyweight champion Joey Beltran. Tony Lopez last stepped inside the BKFC ring for that Beltran sequel in a prizefight that resulted in a split draw at BKFC 4 in February 2019.

He has subsequently competed in multiple Boxing, Kickboxing, and MMA bouts since that rematch with “The Mexicutioner.” 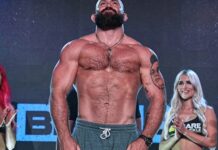 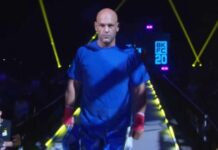 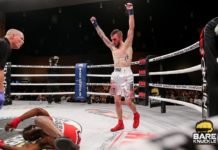