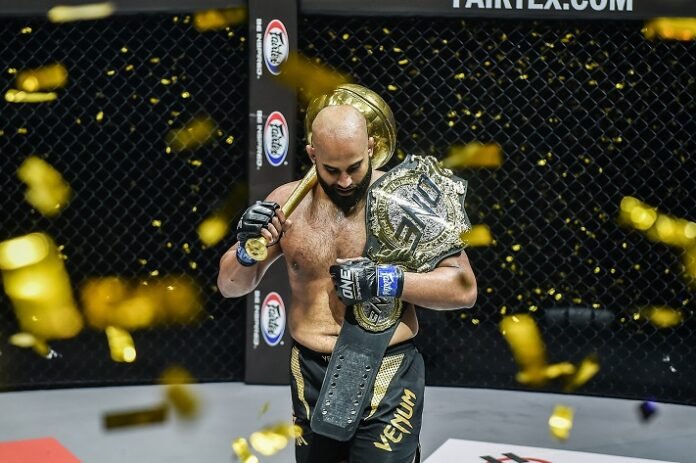 ONE Championship’s Dangal card, an India-centric affair, aired Saturday, and saw a major shake-up transpire in the heavyweight division.

The previously recorded event was headlined by a long-awaited heavyweight showdown between former UFC talents Brandon Vera and Arjan Bhullar. A chance for Indo-Canadian Bhullar to prove he was championship material, the bout had been brewing since his arrival in ONE back in 2019, following a 3-1 stint inside the octagon.

Vera had held the heavyweight title in ONE since 2015, defending it sparingly — just twice prior to the showdown with Bhullar. In the end, it didn’t take long for the Commonwealth Games gold medalist to snatch the title away from the Filipino fighter.

Surprisingly, it was past the three minute mark of the opening round when Bhullar finally landed his first takedown, but once he had Vera down, the wrestler was in full control. Vera would survive that round, but he wouldn’t make it past the second. Instead, Bhullar found success with his jab and body shots before again taking Vera down. Ground n’ pound followed, and while Vera briefly returned to his feet, a subsequent trip to the mat ended in a TKO finish for Bhullar. The end came at 4:27 of the second round.

The win sees Bhullar become India’s first champion in a major mixed martial arts promotion, in just his second fight under the ONE Championship banner. It also opens the door to more activity in ONE’s developing heavyweight division, which has of late shown signs of life.

Phogat was expected to face Meng Bo in ONE’s atomweight grand prix later this month, which kicks off at ONE: Empower on May 28. During Saturday’s Dangal broadcast, it was announced that Nguyen will now enter the tournament instead. However, a graphic detailing the tournament bracket listed Bo’s opponent as “to be announced.” 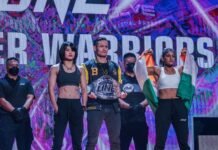