Uncasville, CT — After a doctor’s stoppage loss, the second of the night on the Bellator 258 main card, Patricky Pitbull checked in with the media backstage at the Mohegan Sun Arena.

The Brazilian’s fight with Peter Queally had been stopped due to a cut, much to the annoyance of the fighter and his team. Pitbull’s coach, Eric Albarracin, and brother/double champ Patricio Pitbull were both very unhappy with the official who decided to call the fight after round two. Patricky also believed he could have continued.

“I feel okay,” Patricky told the media. “I feel very prepared for this fight. I’m okay, I’m not tired, don’t have pain, nothing.”

When asked if he should have been able to continue, Pitbull stated that the blood had stopped running, and that he was in zero pain. The longstanding beef with Pitbull Bros and SBG Ireland continued, albeit respectfully, and Pitbull wants another chance at Queally.

“Yes, for sure,” Patricky said about running the fight back. “I want the rematch. I want to fight in Ireland, in front of the Irish. We are prepared to take this guy.”

Queally, meanwhile, has his sights set on the other Pitbull brother, Patricio, who holds both featherweight and lightweight gold.

“I think he was mad I beat his brother; I understand you are emotional and things,” he said of Patricio Pitbull’s reaction following the bout. Queally went on to point out that “there is something you can do if you are angry about it, fight me.” 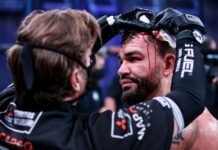 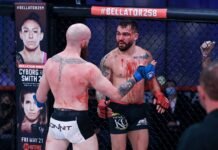 Bellator 268: Julius Anglickas Gets Opportunity of a Lifetime Against Nemkov