The Bellator light heavyweight tournament took a big hit when Yoel Romero was forced out of his debut fight against Anthony Johnson at Bellator 258.

“The Soldier of God” Yoel Romero vs. Anthony Johnson is the one of the most highly anticipated fights of 2021, but unfortunately ESPN reported via Bellator MMA that Yoel Romero “did not clear pre-fight medical testing” and will be out of the light heavyweight tournament fight at Bellator 258 against “Rumble” Johnson.

Per a Bellator statement, Yoel Romero "did not clear pre-fight medical testing" and is out of his May 7 fight against "Rumble" Johnson. pic.twitter.com/fpT90H4FRo

Romero last competed at UFC 248 back in March 2020, where he lost a unanimous decision to current UFC middleweight champion Israel Adesanya.

It looks like an alternate will be replacing the Soldier of God and will step in on short notice against “Rumble”. We could see Bellator quite possibly name Julius Anglickas the replacement as he was recently chosen as an alternate in the light heavyweight grand prix tournament after his victory over Gregory Milliard.

The loss of Yoel Romero vs. Anthony “Rumble” Johnson looks to be a big blow to ratings as it was such a marquee fight for Bellator. Expect Scott Coker to be scrambling to find a replacement for Yoel Romero as this was a huge fight for the new network the promotion has found home on (Showtime).

Both Romero and Johnson were two of the most feared fighters to not win a title during their heyday in the UFC. Romero technically won two title fights, but missed weights for both. Johnson was a few punches away from winning gold in the Octagon after knocking down Daniel Cormier, but faded after the near-finish.

It is unclear on the exact reason for Yoel Romero’s failed medical assessment and when more details become available, stay tuned for updates. 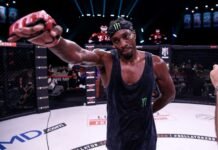 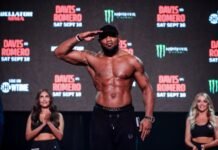