A pair of UFC featherweights will be looking to get back in the win column in June.

MMA Junkie was the first to report the news that Charles Rosa and Justin Jaynes will fight on June 26. Jaynes later confirmed the booking on social media.

Rosa (13-5) is coming off a loss against Darrick Minner in February, in a fight that saw him drop a unanimous decision. Overall, “Boston Strong” went 1-1 in 2020. He fought on the first fight card back from the pandemic against Bryce Mitchell but lost a lopsided decision. Rosa would get back on track with a win over Kevin Aguilar a month later in June at UFC on ESPN: Eye vs. Calvillo. Rosa has not won two fights in a row since being signed to the UFC.

Jaynes (16-7) may very well be fighting for his job in June. “Guitar Hero” is on a three-fight losing streak, being finished in all of those losses. He actually fought five times in 2020, twice outside of the UFC and three times inside the promotion. Jaynes burst onto the scene with a 41 second TKO of Frank Camacho that earned him a Performance of the Night. 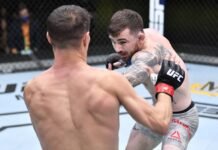 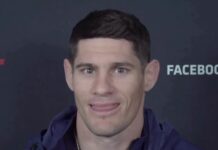