Bare Knuckle FC returned to action on Friday, March 19, 2021 for its first show back following KnuckleMania. While that brought fight fans the debut of Paige VanZant, this time out, it was BKFC 16, headlined by UFC and WEC veteran Leonard Garcia, taking on Joe Elmore, 2-0 in his time with the promotion to date.

Garcia entered the night 1-1 in bare knuckle, but was still well-known to fans from his MMA days, especially his Fight of the Year battle with The Korean Zombie at WEC 48 (not to mention falling to the Zombie via twister in the pair’s rematch under the UFC banner).

A handful of other familiar names peppered the card as well. Melvin Guillard was set to throw down, in his sixth career bare knunkle bout. DeMarcus Corley, a former WBO junior welterweight champion, was also on the card, facing Reggie Barnett Jr. in the co-main event.

The action gets underway at 8PM ET, live at the Biloxi Civic Center in Biloxi, Mississippi. The event can be viewed online via BKFC TV and the BKFC app. 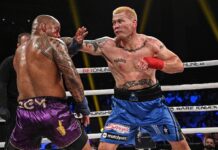 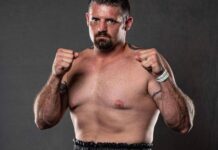 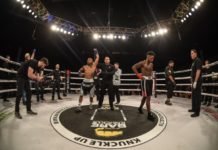