A pair of middleweights vying for their first UFC win will collide on May 1, 2021.

Cageside Press verified with sources close to the situation Friday that Andreas Michailidis will fight KB Bhullar at the Fight Night event. Alfredo Zullino of BJPenn.com was first to report the news.

Michailidis (12-4) will be looking for his first UFC win after an unsuccessful attempt at UFC Fight Night: Kattar vs. Ige on ‘Fight Island.’ He lost to former light heavyweight Cage Warriors champion Modestas Bukauskas. For those who missed it, there was a strange ending to that fight. As the round ended, Michailidis was told to stand up after getting hit with elbows by Bukauskas. He tried to get to his feet but stumbled out of the cage door, thus ending the fight. The Greek fighter will look to redeem himself as he is back at his normal weight class.

Canada’s KB Bhullar (8-1) is in a similar position as he was also stopped via TKO in his first UFC fight, which ended his undefeated streak. Bhullar was supposed to fight on season four of Dana White’s Contender Series but skipped the line and went straight to the UFC. He fought a returning Tom Breese at UFC Fight Night: Moraes vs. Sandhagen, also on ‘Fight Island.’

The UFC’s May 1 card has no official location yet. As of now, the card breaks down as follows: 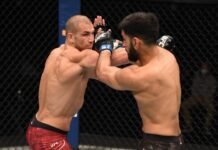 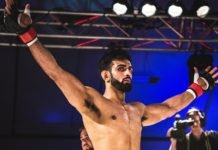 Welcome to the UFC: KB Bhullar 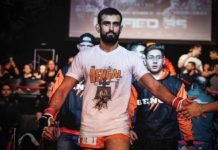 DWCS: KB Bhullar Looks To Be The Next Canadian Signed To The UFC