With the fight just a month away, the official poster for UFC 257 has been released.

The card, as you’ve no doubt heard by now (if not, is it comfy under that rock?), is headlined by a rematch between Conor McGregor (22-4) and Dustin Poirier (26-6, 1NC). A rematch at a new weight class, years in the making.

The pair first met at featherweight, prior to McGregor winning the championship there — and well prior to him claiming the lightweight title. “The Notorious” Conor McGregor faced Dustin Poirier at UFC 178 in 2014, in what was just his fourth trip to the UFC octagon. At the time, Poirier was ten fights into his UFC career, and already had wins over a young Max Holloway, Erik Koch, and others. A veteran of the WEC, Poirier was arguably McGregor’s toughest test to that point (with apologies to Max Holloway, who simply hadn’t blossomed just yet). Yet the Irish fighter made it look easy, taking less than two minutes to finish off “The Diamond.”

Flash forward six years or so. McGregor, having won two titles, was stripped of both for inactivity. He dabbled in boxing, Whiskey making, and finally got back to fighting last year at UFC 246, defeating Donald “Cowboy” Cerrone and proclaiming that he intended to stay busy — only for the coronvirus pandemic to throw a wrench in the works.

Poirier, meanwhile, managed to secure interim lightweight gold in a second fight with Holloway, but wound up finished by Khabib Nurmagomedov in a title unification bout. Poirier would bounce back this past June against Dan Hooker, which brings us to UFC 257: McGregor vs. Poirier 2. A fight which should show us who has developed more as a fighter in the ensuing years. 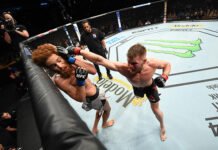 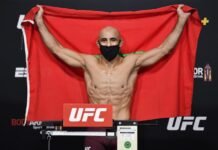