Bellator MMA is back with their final show of 2020. At Bellator 254, styles clash when heavyweights go at it, as Linton Vassell takes (20-8) on Ronny Markes (19-7). In a last minute switch-up, heavyweights Anthony Garrett (5-2) and Davion Franklin (2-0) join the main card. In the co-feature, the extremely talented Magomed Magomedov (16-1) faces Matheus Mattos (12-1-1) in a high paced bantamweight bout. Following that event, unbeaten champ Ilima-Lei Macfarlane (11-0) will look to make history at Bellator 254 against fellow undefeated flyweight Juliana Valasquez (10-0).

While their combat styles differ, Vassell has evolved into a versatile fighter. Standing at six feet four inches, Vassell is a tall heavyweight with solid kickboxing. In addition to this, the United Kingdom’s Vassell trains at a great camp Sanford MMA with head coach Henry Hooft. While training at the gym formerly known as Hard Knocks 365, Vassell gets valuable training against big heavyweights like Stefan Struve.

The ultra experienced Markes’ most viable path to victory utilizes his grappling experience. If Markes can focus on controlling the pace of the fight, and close the distance, he can nullify Vassell’s most powerful strikes. However, Markes has great top pressure in mount, which could also assist him in controlling Vassel’s movement inside the cage.

With Goiti Yamauchi missing weight and the subsequent cancellation of his bout with Nate Andrews, Franklin and Garrett get elevated to the main card. The unbeaten Jackson-Wink product Franklin will look to extend his Bellator success with another victory inside the cage. Franklin has very heavy hands, and an extremely tight grip if he catches foes in a compromised grappling situation. Conversely, Garrett is an animal who typically finishes the fight or the fight ends with him being finished. This bout should serve as an adequate replacement for Yamauchi vs. Andrews, and puts more of the spotlight on Franklin, who’s poised to be a big part of the division’s future.

Having gone the distance back at ACB 57: Payback, Magomedov would lose a decision to to Petr Yan. Despite it being his only loss, the event lived up to it’s vengeful name as both athletes had given each other their only professional loss. Fast forward a few years, and Yan is a UFC champ, while Magomedov makes his debut in Bellator on Thursday against Matheus Mattos. Interestingly, Mattos and Magomedov both have a loss to Yan. However, judging by each performance, it would stand to reason Magomedov would at least fair better in striking sequences.

Since the Brazilian, Mattos is so dangerous everywhere, this fight is sure to deliver. Keep in mind, the night could take an unexpected turn, since Mattos’s guillotine choke serves as a solid defensive maneuver. Despite both men in the Bellator 254 co-main event making their promotional debut, a big showing could solidify one athlete’s status at the top of the division.

Making her fifth title defense, Hawaiian champ Macfarlane will headline Bellator 254 with the intention of making promotional history. Riding an 11-fight win streak, Macfarlane has for the most part destroyed the flyweight division. Often taking on all comers, the “Iliminator” has proven her toughness and picked up impressive finishes over foes like Valérie Létourneau, Emily Ducote, and Veta Arteaga. Progressively, Macfarlane’s striking has evolved to the point of overwhelming her opponents. In addition to that, her ground game is amongst the elite in modern MMA, making her a potent threat wherever the fight may go.

Standing in the opposite corner at Bellator 254 is Juliana Valasequez. The Brazilian enters this bout with a flawless record as well. Despite having fought to many decisions, her knack for violence is often misrepresented when just looking at her record. Following her win against Kristina Williams, many began to recognize the raw power Valasquez has. Further, she showed her hands are heavy but her kicks are too when she finished Rebecca Ruth back at Bellator 197 with a nasty left teep kick. With a foundation in Judo, Valasquez will undoubtedly  present problems for the long reigning champion. 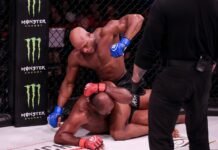 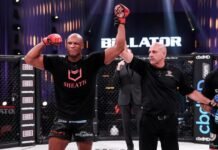