Bellator 250 goes down Thursday night at the Mohegan Sun Arena in Uncasville, CT. And as undercards go, it looks to be a fun one.

Still, it’s hard to argue against the number of fun fights ready to go down on Thursday. As much as Hager’s MMA experiment has been a mixed bag, the University of Oklahoma wrestler appears to have learned from a bit of a sloppy performance resulting in a no contest (low blow) in his last fight. Saying that it needs to be “controlled chaos” in the cage, he’ll look to earn his third win against David Calton, like Hager himself an undefeated 2-0 fighter.

Nick Newell will attempt to bounce back from a close loss in his last fight, and earn his second Bellator win against Zach Zane. That fight was originally scheduled for March, but cancelled by the pandemic. Borics, meanwhile, goes up against Combate Americas alum Erick Sanchez, while Voelker meets Sabah Homasi.

The Bellator 250 live stream (preliminary card only) is available above. Results can be found below. The action kicks off at 6:00PM ET. 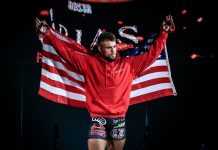 Bellator 289: Dalton Rosta “Blessed” to Have Champ Eblen in the Gym with Him 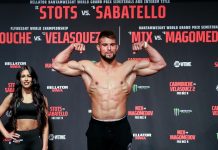 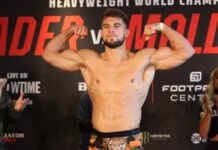