Yes, T.J. Dillashaw will be in Juan Archuleta’s corner this Saturday at Bellator 246. Let’s get that out of the way right now.

Dillashaw, the UFC’s disgraced former bantamweight champ, relinquished the belt in that organization after testing positive for EPO, and was banished for several years by USADA.

But he’s a teammate of Archuleta (24-2) nonetheless. “Of course he’s been helping me out. There’s no reason why he wouldn’t be [in my corner],” Archuleta noted during the Bellator 245/246 media day this week.

Archuleta is mounting an attempt to claim Bellator’s vacant bantamweight title just one fight removed from a loss in the featherweight grand prix. Also for gold. He’s been paired up with Patrick “Patchy” Mix, an undefeated prospect with a 13-0 record.

It’s been a year since Archuleta last competed at bantamweight. Longer, in fact. January 2019, when he defeated Ricky Bandejas. A title shot in the division, off a win at featherweight, was a surprise to some. To “The Spaniard” it’s a challenge.

“I love every challenge that comes up. 135 is quite a challenge. Everything’s a lot more fine print,” he explained. “You have to be a lot more strict, a lot more rigorous with your training. You have to be precise on your diet. Everything is zoned in. You’re more in tune with your body. I wish everybody could experience what I’m going through, because overall well-being, it brings spirituality, something different in you.”

Being back at the lower weight class, “it’s brought back a new fire in me,” he exclaimed. Archuleta is also happy to see that Bellator as an organization “has my back.”

“To give me in this opportunity to step in, even though I haven’t fought at this weight class in a year, they believe in me,” he noted.

As for Mix, Archuleta sees an opponent “whose confidence level is at an all-time high right now. He believes in himself more than he could ever right now.”

But while Archuleta admits that Mix has “beaten some good guys, starting off young in his MMA career,” he sees flaws. For starters, he said, he’s not “really seeing too much development on his feet.” There’s a nervousness that Mix has on his feet, noted Archuleta. There’s also a question about whether Mix can “go five rounds with a guy constantly in your face — I see some holes there, that I’m hopefully able to exploit come that night.”

Picking up on Mix’s label as a grappler (something Mix himself denies), Archuleta noted that “I see him very good at one thing, and that’s jiu-jitsu. That’s going to be his strength. But me, I grew up wrestling my whole life, I’m a scrambler wrestler, I get in those type of mixes all the time. I’m going to exploit some of the weaknesses he has come Saturday night.” 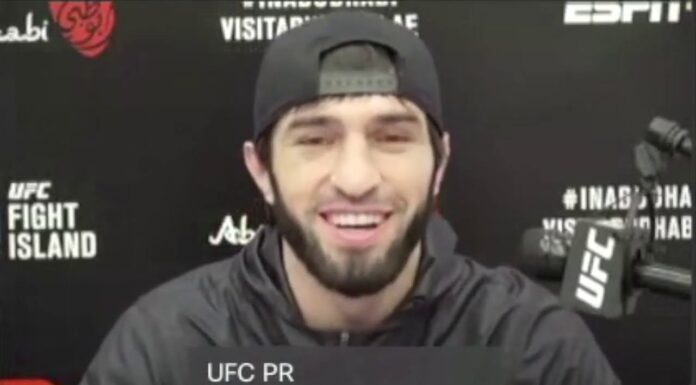