UFC Vegas 6 had some brutal fights and plenty of stoppages, and the medical suspensions handed down by the NSAC reflect that. When all was said and done, four fighters were determined to have injuries significant enough to put them on the shelf for six months.

The first of these fighters was actually the winner of the night’s opening bout, Irwin Rivera. In his hard back and forth bout against Ali AlQaisi, Rivera appears to have injured his hand and wrist on the right side.

Rivera wasn’t the only winner among the long suspensions. Yana Kunitskaya took an unanimous decision victory over Julija Stoliarenko to kick off the night’s main card. In doing so, she suffered an injury to her neck and right arm that may have her sidelined until February.

A complete list of suspensions from the event are below.

The UFC Vegas 6 suspensions were first reported by Kirik Jenness. 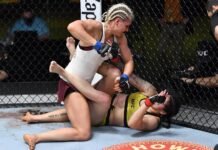 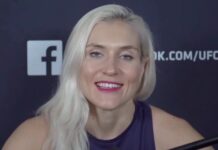