With all the major players having been eliminated from the board, Amanda Nunes now looks to sweep the rest of the field in her return to featherweight against Felicia Spencer at UFC 250.

If she were her own avatar in a UFC video game, Amanda Nunes would have already completed the campaign. Her historic run includes:

When @Amanda_Leoa moved to featherweight, there was no doubt 🤫 #UFC250 pic.twitter.com/YouT1oXcAt

Are there more names to add to her list? Of course. There always will be.  But a glance at the landscape will show that the recognized elite competition for her has already been dispatched.

Like many games, the kind we have had time for amidst the current pandemic, one can still pursue more achievements after completing the main story.  One such distinction for Nunes is to defend her second UFC title while still holding and defending the former.  Of the several two-division champions seen in recent years, none have defended both since winning their second belt.  Every two-division champion for one reason or another vacated their former title after moving up. However, Nunes will be looking to be the first UFC fighter to record a title defense in two weight classes after claiming both championships.  Furthermore, she will be attempting the feat as the unquestioned star attraction of the pay-per-view of the biggest live sport to air in the United States on Saturday night.

🇨🇦 @FeeNom479's ground and pound isn't something to mess with. #UFC250 pic.twitter.com/q63G74FuIk

Enter Felicia “The Fenom” Spencer.  The 8-1 professional out of Montreal joined the UFC last year amidst speculation about the future of the featherweight division and immediately made an impact in upsetting the more well-known Megan Anderson in her promotional debut.  The victory earned her a high profile booking against pound-for-pound great Cris “Cyborg” Justino last July.  Despite being outmatched by the longtime former champion, Spencer impressed by going the full distance with Justino on the feet.

Earlier this year, Spencer was indirectly set up against Anderson once again as the two were booked against different opponents on the same card with the perception that they were competing against each other to have the more impressive performance to earn a title shot.  While Anderson scored a first round knockout in her fight, Spencer also successfully had a first round TKO over Zarah Fairn Dos Santos.  Considering her stoppage of Anderson the year prior, the UFC went with Spencer for Nunes’ return to the featherweight division.

Stylistically, the grappling of Spencer will be the key to pulling off an upset of Nunes.  For all of the current champion’s prowess, the two weaknesses that have been perceived are that she slows down later in the fight and that she struggles when on her back.  Spencer must get Nunes to respect her striking to make her more susceptible to a takedown.  While Nunes’ is an adept grappler, Spencer can wear her down most effectively from the top position with ground-and-pound.  Furthermore, she should take any opportunity to clinch with Nunes and make her carry her weight and tire her further.

For Nunes, the key to victory will be to use her footwork and power to hamper Spencer early.  The champion is expected to be the more powerful striker and should look to engage early to make Spencer more weary of closing the distance.  Executed effectively, Nunes should be ahead by the later rounds after having delivered heavy damage and avoiding getting into long grappling exchanges.

An upset victory for Spencer figures to set up an immediate rematch with Nunes, especially with no clear-cut title contender at bantamweight.  A victory for Nunes would make for an interesting situation.  The champion has admitted that her most optimal weight class to compete in is bantamweight, but arguably the biggest name opponent available may remain at featherweight where former Invicta champion Megan Anderson is on a two fight win-streak.  Considering all that she has accomplished, it would be anyone’s guess who she chooses to compete with next and when. 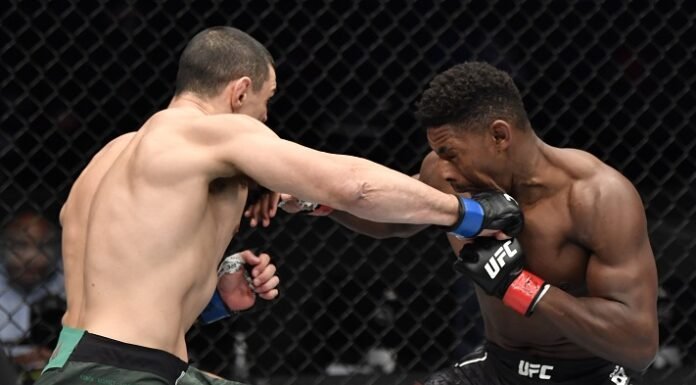