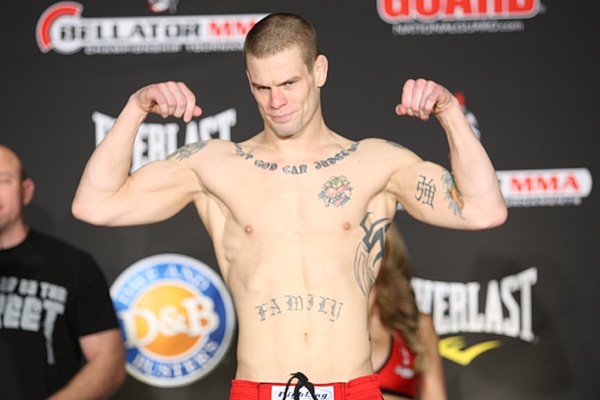 “The” Ryan Sanders (18-9) is one of the top pound for pound fighters in all of New England. But due to a variety of frustrating circumstances the charismatic fighter was experiencing, he made the decision to step away from active competition after his last win in November of 2018. Although fight fans may have been upset not seeing Sanders compete regionally, the former Young’s MMA standout found peace away from the cage when he and his wife (Vanessa) had their first child, a beautiful daughter named, Ella.

I have had the privilege of knowing Ryan for five years now and I have never seen him light up as much as he did when talking about his new daughter. “It’s been absolutely amazing, having a baby changes everything, your outlook on life. You don’t realize how incomplete your life was before, she is just a bundle of joy.”

Before Ryan met Vanessa and started their family, his love was mixed martial arts, and it was clear when talking with Sanders that he was burnt out and in need of a break. “I’m still here but the fight game just kind of burnt me out. The small town politics of fighting for a regional promotion and unfortunately fighting in New England, especially Northern New England, you just don’t get the recognition, so it’s really hard. At this point it wasn’t what I knew it was who I know. I needed someone to vouch for me and say hey give this guy a shot, but it just never came through.”

The 33-year-old Professional fighter is hungry again and feeling rejuvenated as he prepares to find a fight this summer. “Before I would fight, and win and get nowhere but the greatest thing is that not only physically did I get away from it, but mentally too. My wife and I have been doing yoga every day for the last three months and mentally I feel in a really good place,” he explained. “Physically I was having a lot of trouble with my back and neck from years of training so now my body feels the best I’ve ever felt. This is why I wanted to take a step away because I knew when I got back to it this was going to be my final run so I wanted to make sure I had everything lined up.”

Sanders is known for his time spent dominating the New England competition as one of Chris Young’s top students at Young’s MMA. Ryan has since left the gym and now getting his training in has required more time traveling. “I took all of last year off for the most part. I would hop into Jared Lawton’s gym once a month and then pop into Titan athletics once a month, but like I said I was burnt out and needed some time away.”Now that Ryan is back and looking for a fight, the top question fight fans in the know are asking, is will we see Sanders at Lightweight or Welterweight?

Ryan made it clear he cannot make 155 anymore, but feels his evolution as a fighter will allow him to be the dominant fighter at 170 that he always was at 155. “If you watch my early fights at 170, it was a mindset of when I got taken down I played the jits game. All of my losses were to wrestlers who took me down. I fought wrestlers and I was trying to grapple them and you can’t be doing that in MMA.” Sanders went on to admit that since he didn’t grow up wrestling, “I was behind the eight ball, but I’m more of a complete fighter now. I’m more well rounded, and I know where to take the fight to win the fight.”

I had the honor of doing the play-by-play commentary when Ryan fought former UFC welterweight Jon Manley to a UD loss at AMMO Fight League 4 in March of 2018. A fight in which Ryan had a lot of success on the feet and when the fight ended, although Ryan was down on the judges’ score cards, was the fresher fighter. To this day, this was one of the best fights I’ve seen regionally, and the interest to run it back has never gone away. Sanders also told me he had a foot infection leading up to this fight and was on antibiotics, leaving him at best at 70% full strength. “If we ran it back and did five, five minute rounds I would eat [Jon] alive and I don’t care, Jon can say whatever he wants, I just know that with an eight week camp and feeling healthy I would eat Jon alive and it wouldn’t be pretty.”

Now Sanders is just looking for an opportunity. He would love AMMO to re-match himself and Jon Manley, or even the often rumored fight with Nate Andrews excites him. “I just need one door to open up. If I can get into Bellator, they have the cream of the crop too. If I can beat Jon Manley regionally and get offered a fight with Bellator, I know I can kick that [expletive] door open.” 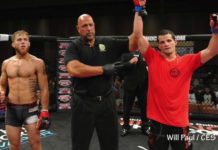 Exclusive: Dylan Lockard vs. TJ Brown set for the Contender Series on August 27