During this MMA hiatus, we’ve taken to scouting world and selecting five favorite prospects from each country for the most part. This time out, we’ll take a look at Australia and New Zealand, who have produced talents like Brad Riddell, Dan Hooker, Kai Kara-France, Megan Anderson, Mark Hunt, Robert Whittaker, and UFC champions Alexander Volkanovski and Israel Adesanya.

Issac Hardman hasn’t fought in MMA since October of 2017. Reason being because he is pursuing his boxing career. He’s doing very well as he’s currently 6-0 as a pro with five finishes. Whenever he makes his comeback to MMA, he’s going to be a force. Hardman is a killer with all seven of his finishes by TKO/KO. The power in his hands is ridiculous along with impeccable hand speed and accuracy. Hardman is predominantly a striker, but he has solid takedown defense and has showcased big ground-and-pound. He’s also the former XFC and Australian FC champion.

After starting off his career losing his first two fights, Jack Della Maddalena is now on a seven-fight win streak. He is also the defending Eternal MMA welterweight champion. On the feet, he hits hard with both his hands and kicks. He’s very technical as well mixing in kicks and punches into combos. Della is solid at attacking the body, going there often and effectively using his elbows. He’s probably a better wrestler who has finished both with ground and pound, and submissions. Della does need to work on his takedown defense, but thus far his exceptional jiu-jitsu has done well for him. He is easily the most proven talent outside the UFC and the chance of seeing him on the big stage is extremely high.

Fundamentals are crucial in a fighter and Blake Donnelly displays just that. The Aussie has a good jab, uses a lot of feints, has good cardio, and has already developed good fight IQ. All those qualities are great for such a young fighter to have. He’s already the Australian FC Vacant Lightweight Championship. There is some uncertainty around him due to the lack of competition he has faced outside of David Martinez. With that said, I’m confident 2020 will be a big year for him (what’s left of it that is).

Chelsea Hackett comes from a Muay Thai background as she’s a two-time world Muay Thai champion. In her MMA career, the girls so far have tried mainly to put her on her back. However, Hackett has shown good takedown defense and is the one getting takedowns herself. She is much better on the feet, notably in the clinch, with good kickboxing, and combos from the outside. She’s the least experienced in MMA on this list but I’m positive she will go far.

Isi Fitikefu could be the next big thing out of the Australia. Last October he beat a good fighter in Kitt Campbell for the Eternal MMA title. Fitikefu is a solid wrestler who has an aggressive and relentless pace with effective chain wrestling. He has one submission win on his resume, but he relies more on his ground and pound. On the feet, Fitikefu has big power in his hands and his right hand is a loaded gun that puts opponents to sleep. It seems like he can make the move down to 170 eventually, but overall he has all the tools to be a successful middleweight. I’m so high on Fitikefu that I had him on my list of fighters that the UFC should sign this year here. 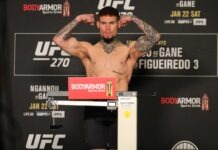 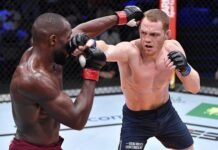 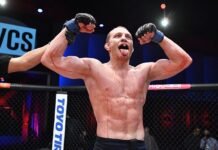