Unbeaten UFC middleweight champion Israel Adesanya is looking to continue his ascension toward superstardom, but he has a tall order in the first defense of his title against perennial contender Yoel Romero.

Who could forget the crowning of the middleweight king!? 👑 #UFC248 pic.twitter.com/iYurEtMIXW

Middleweight champion Israel Adesanya made the jump from exciting contender to bonafide pay-per-view attraction in 2019.  “The Last Stylebender” turned in a fun contest against the legendary Anderson Silva, a sublime Fight of the Year against Kelvin Gastelum, and topped off his campaign with a throttling performance of Robert Whittaker to win the title.  In just two short years in the UFC, he has not only won gold but is also discussed as the next fighter to potentially become a mainstream crossover star.

But while the exciting knockouts and walkouts have captivated the MMA world, the line of competitors looking to halt his ascension is ever-growing.  Undefeated Brazilian contender Paulo Costa is waiting in the wings when he returns from rehabilitation for his bicep.  Jared Cannonier is expected to make his return later this year and Darren Till is on the short list should he get another victory as well.  Should Adesanya overcome this murderer’s row of contenders, it is expected that the run will culminate in a move up to light heavyweight for an epic showdown with pound-for-pound kingpin Jon Jones.

“The Soldier of God” Yoel Romero was originally a surprising choice as the next challenger for the middleweight crown.  Coming off a competitive loss to the aforementioned Costa, it is well documented that Romero’s title shot came due to Adesanya’s desire to face the former title challenger over other available competition because he felt it would add to his legacy.  A former silver medalist in wrestling at the Sydney Olympics in 2000, Romero has been a perennial title challenger in the UFC since 2015 and remains a formidable foe despite going into the bout on a two-fight skid.

Romero’s resume reads as an impressive list of names of the past decade with victories over former champions such as Luke Rockhold, Chris Weidman, Lyoto Machida, and top contenders such as “Jacare” Souza.  Furthermore, his two fights with Robert Whittaker were close fights that are considered some of the best in the division’s history.  It is not lost on many that this is a huge opportunity for Romero in the current middleweight landscape.  For his part, however, he has brushed off talk that this is potentially his last shot at the title and successfully made the conversation about his dance moves and mental focus.

A Romero upset depends on getting into more of a brawl in close range against the longer Adesanya.  The Cuban challenger should look to focus on shots to the body to work his way inside.  Another key to victory for Romero will be to go for takedowns to make him a more unpredictable opponent and thus slow down Adesanya’s counterattack.  For Adesanya, it is expected that he will look to maintain the fight at mid-range and controlling the exchanges with his reach.

LEGACIES IN THE BALANCE.

A victory for Adesanya would continue an incredible run and likely set up a fight with the also undefeated Paulo Costa later this year.  A Yoel Romero victory would set up a variety of options, with a rematch against Adesanya the most likely. 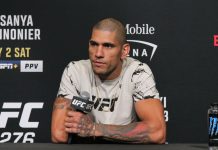 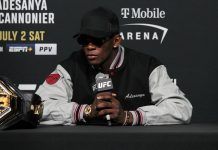