This week, we feature two up-and-coming fighters both inside and outside of the UFC. One is an unranked fighter competing on this week’s UFC Auckland card, Brad Riddell. The focus here is on a fighter who has never been ranked, but who could be one day. The other, Mikuru Asakura, is a prospect outside the UFC who has a very high ceiling.

UFC on ESPN+ 26 goes down on February 22 in Auckland, New Zealand. The UFC Auckland card is topped by two lightweight contenders in Dan Hooker and Paul Felder. On the card there were a few options for who to put in the spotlight, but it ultimately came down to the Riddell/Mustafaev fight.

Riddell made his UFC debut just last October and beat Jamie Mullarkey. That fight was a contender for Fight of the Year and was Fight of the Night that event. Riddell is getting a lot of eyes on this card for what he’s done in kickboxing, and his link to City Kickboxing (home of Israel Adesanya). He’s 1-0 in the UFC and his fan-friendly style is going to draw in a bunch of new fans with each fight he has.

While he lacks experience in his MMA career, Riddell has over sixty kickboxing bouts. Riddell became a well-known fighter when he beat John Wayne Parr, and held multiple titles. Being so accomplished on the feet you wouldn’t be surprised to know his sole loss in MMA is by submission. You may be surprised to learn, however, that it was Riddel who got the takedown, only to have his opponent lock in an armbar off his back. Riddell has mixed in takedowns pretty well in his career; while he needs to do more on top, his timing and execution is fine. Obviously, he is way more polished on the feet with various weapons. Riddell is a pocket striker who will land huge strikes to the head and body from different angles. He will also end combinations with kicks which is one of his best weapons.

Riddell is fighting Magomed Mustafaev, a very good fighter out of Sochi, Russia. Mustafaev made his return to the octagon last April and won with a spinning back kick against Rafael Fiziev, someone I’m high on. His wrestling is going to be a huge threat to Riddell and should really put him to the test against a legit fighter. This is a fight that could even produce a top 10 athlete.

Asakura is a top prospect out of Toyohashi, Aichi, Japan who has won his last eight fights. Asakura is an exciting prospect who has steamrolled all but one of his opponents. Asakura is a very adept grappler who has some proficient judo/wrestling, along with exceptional jiu-jitsu. Having said that, on the feet is where Asakura is most dangerous. Holding huge knockout power, you could describe Asakura as having dynamite in his hands. He uses that innate power with good set-up techniques, including counters and feints. He is a sniper with explosiveness.

Fighting on the Rizin 21 card he’s going against Daniel Salas with a record of 16-6-1. Although Salas has all that experience he’s a step down in competition from what Asakura has fought. Asakura is the real deal so expect to see him get the highlinght-reel finish in this one. 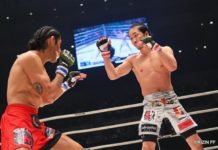 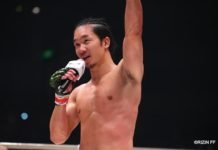