Nordine Taleb tops the card when ARES 2 goes down in Belgium this April.

ARES Fighting 1 went down back in December in Dakar, Senegal, and if you remember the card, you may remember it was waved off early due to extreme heat. Well, the promotion is set to return in April 3, this time in Brussels, Belgium at the Forest National-Vorst Nationaal Arena. Which means ARES 2 likely won’t have to worry about temperature.

What it brings to the table, however, is a number of familiar names for MMA fans. In a press release Tuesday, promotion officials revealed that former UFC fighter Nordine Taleb (15-7) and Belgium’s Maarten Wouters (11-7) would serve as the middleweight main event. Also added to the card, ex-UFC flyweight title challenger John Moraga (19-7) and fellow former UFC athlete Hector Sandoval (15-4) will throw down in the co-main event.

Taleb parted ways with the UFC after a September loss to Muslim Salikhov at UFC 242 in Abu Dhabi. He went 3-3 over his last six fights with the promotion, picking up wins over Kyle Prepolec, Danny Roberts, and Oliver Enkamp. The French fighter, who resides in Montreal, Quebec in Canada, joined the UFC 2014 after a pair of appearances on two different seasons of The Ultimate Fighter (TUF Nations: Canada vs. Australia and TUF 19).

He holds notable wins over Erick Silva and Li Jingliang, and previously fought for Bellator MMA.

Moraga has not fought in MMA since a 2018 loss to current UFC title contender Deiveson Figueiredo, who will fight Joseph Benavidez for the vacant 125lb title next month. Moraga did take a boxing match in 2019, but realistically should still be with the UFC, given he was on a three-fight win streak prior to the Figueiredo loss. 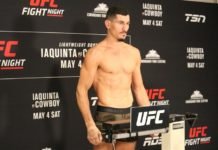 ARES 2 Moved from April to October Due to Coronavirus Outbreak 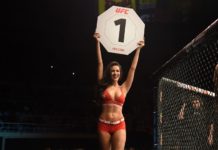 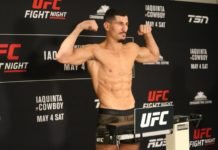