Fabricio Werdum could return to the octagon in a matter of months after having his two-year suspension reduced ten months by USADA.

Former UFC heavyweight champ Fabricio Werdum could be back in the octagon this Spring. On Thursday, USADA (the U.S. Anti-Doping Agency), who oversees enforcement of the UFC’s anti-doping policy, announced that Werdum had been given a reduction of 10 months on his two-year suspension. The news was distributed to media outlets via press release.

The Brazilian veteran of Strikeforce, who won UFC gold with a shocking defeat of Cain Velasquez at UFC 188 in 2015, tested positive for trenbolone and one of its metabolites, epitrenbolone, on April 25, 2018. His provisional suspension took effect May 22, 2018, but after retiring for a period while suspended, his sanction was “tolled for a period of time while he was not available for testing and retired.”

However, Werdum will now be eligible to return to action on April 1, 2020 — April Fool’s Day.

“Werdum, 42, received a reduction from the otherwise applicable period of ineligibility due to substantial assistance,” Thursday’s press release noted. “Under the applicable rules, an athlete facing a period of ineligibility who provides information that leads to the discovery of another violation or which results in a criminal or disciplinary body discovering an offense, is eligible for a sanction reduction.”

No specifics were given as to the nature of Werdum’s “substantial assistance.”

Werdum last competed on March 17, 2018 in a losing effort against Alexander Volkov. That loss snapped a two-fight win streak for the former champ, who had earned wins over Marcin Tybura and Walt Harris. 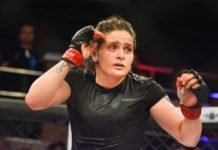 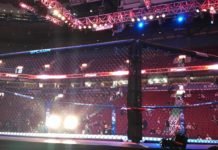