Jeremy Stephens and Calvin Kattar have verbally agreed to a promising featherweight scrap at March’s UFC 248.

Calvin Kattar and Jeremy Stephens are being targeted key featherweight bout at UFC 248. First reported by MMA Junkie, the duo have verbally agreed to the fight, at what will be the third PPV event of 2020.

Kattar, 31-years old, has been a rising talent in the UFC, although he came up short in the main event of UFC Moscow against Zabit Magomedsharipov back in October. Still, the Massachusetts native, 20-4, remains one to watch in the featherweight division. Katter holds wins over the likes of Ricardo Lamas, Shane Burgos, and Andre Fili.

Jeremy Stephens (28-17, 1NC) has long been a fan-favorite for the violence he brings to the octagon each and every time out. However, despite being just two years older than Kattar, the number of wars Stephens has engaged in may have started to catch up with him. ‘Lil Heathen’ has lost three straight bouts (with a no contest against Yair Rodriguez mixed in). While his losses have come to top names, Stephens needs to correct course ASAP. His last win was that devastating finish of Josh Emmett at UFC Orlando in 2018.

UFC 248 takes place March 7, 2020 at the T-Mobile Arena in Las Vegas, Nevada. While no main event has been officially announced, Weili Zhang vs. Joanna Jedrzejczyk features on the card. 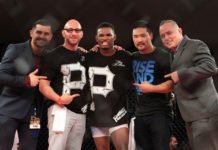