Patrick Cummins, who spent the better part of six years competing in the octagon, is hanging up the gloves.

‘Durkin’ has decided to call it a career. Patrick Cummins, the UFC light heavyweight who went from barista to fighting the best in the world, has announced his retirement.

Cummins (10-7) shot to fame as a short-notice replacement for Daniel Cormier at UFC 170 in 2014. The two time NCAA Division I All-American was brought in to replace Rashad Evans, with the added twist that he had trained with Cormier.

While his octagon debut resulted in a loss to the future double-champ, Cummins made the most of the opportunity. The former coffee shop worker, who struggled to find opponents on the regional scene, won his next three bouts. That earned him a shot against light heavyweight contender Ovince St. Preux, and while Cummins would lose that fight, he’d bounce back with a win over ex-Strikeforce light heavyweight champ Rafael Cavalcante.

From there, Cummins would finish out his career going 2-5, picking up victories over Gian Villante and Jan Błachowicz. He also represented one of the best mustaches in the game.

In his retirement announcement, Cummins wrote that “I’ve given the idea of retirement a lot of careful consideration over the past 6 months. Today is the day that I officially say goodbye to my 20+ year long career as an athlete. It’s not an easy decision to make especially when a competitive life is all I’ve ever known.”

“I’m not quite sure what the next chapter will be titled, but I know one thing for certain. I won’t spend any more time involved in something that my heart isn’t 100% into,” he continued. “I spent over year in the UFC where that was the case but I wasn’t completely aware of it. Turns out that’s probably one of the hardest places to go through the motions. Live and learn.”

Cummins went on to thank his friends, family, coaches, training partners, and fans. You can read his full statement below. 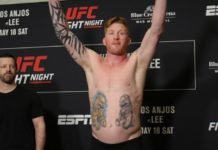 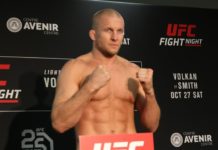 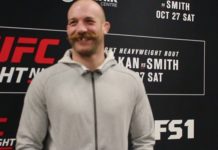