Bantamweight Brett Johns will return to the octagon against Tony Gravely at UFC Raleigh this coming January.

After a lengthy absence, Welsh bantamweight Brett Johns will return to action at UFC Raleigh. The promotion announced the news Wednesday, revealing that Johns (15-2) will face Tony Gravely (19-5) at the Fight Night event. Gravely will be making his debut in the octagon that night.

Johns, a 27-year-old from Swansea, Wales, launched his career back in 2012, and landed in the UFC four years later. Going 15-0 by the time he finished his third UFC fight, it looked like the sky was the limit for ‘The Pikey.’

However, a difficult 2018 followed that run. Johns lost bouts to top bantamweights Aljamain Sterling and Pedro Munhoz. He sat out all of 2019, at least in part because of a knee injury.

Johns will try to turn things around against former CES MMA bantamweight champ Gravely. After two successful title defenses in that promotion, Gravely appeared on Dana White’s Contender Series back in August. A second-round TKO against Ray Rodriguez earned him a spot in the big show.

UFC Raleigh (UFC Fight Night 166) marks the promotion’s first trip to the North Carolina city. The card will be topped by Junior Dos Santos taking on Curtis Blaydes, while Frankie Edgar vs. Cory Sandhagen also features as the co-main event. 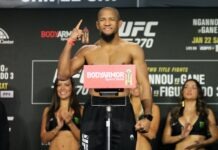 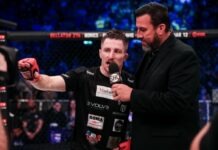