Combate Americas has announced that they will crown the first women’s champion in promotional history as Melissa “Super Melly” Martinez takes on Desiree Yanez for the strawweight title.

Melissa “Super Melly” Martinez (5-0) is currently the top prospect on the Combate Americas roster to have been developed through the promotion.  Fighting nearly all of her professional fights under their banner, Martinez is a heavy hitting prospect who has stopped four of her five opponents over the past two years.  Alongside her MMA career, she is also pursuing her college degree in Mexico and has even been known to arrive late to fight week due to exams in school.

After several roster changes, Martinez will now face Desiree “Dirty Dez” Yanez for the inaugural strawweight title on December 7.  Yanez has previous experience in LFA and is 4-1 in her career.  Yanez made her promotional debut in June where she notched a victory against Paulina Vargas.

It was previously announced that the women’s champion would actually be awarded a unique crown as opposed to a traditional belt.  While it is unconfirmed, it is expected that the winner on December 7, on the Tito Ortiz vs. Alberto Del Rio card, will be awarded the unique trophy to mark their achievement.

Ortiz vs. Del Rio will be the promotion’s first attempt at pay-per-view.  The event will take place in Hidalgo, Texas. 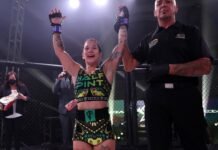 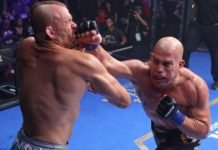 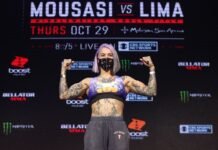