MMA promotions doing business in California will need to ensure fighters comply with weight cutting restrictions forbidding fighters from gaining back more then 15% of their contracted weight — or risk having those fights cancelled.

The California State Athletic Commission is continuing to crack down on extreme weight cuts. The CSAC has been on the forefront of the weight issue for a while, issuing recommendations that fighters move up a weight class should they gain back more than 10% of their body weight between weigh-in and fight night.

Now, the commission, under Andy Foster, has vowed it will cancel fights when an athlete gains back more than 15% of their contracted body weight by fight night. ESPN was first to report the new rule, which was passed Tuesday. In a 5-0 vote, the commission unanimously passed the rule, which states that promoters, managers, trainers, and matchmakers must ensure athletes fall in line with the measure. It will be about a year, however, before the change comes into effect.

Weight cutting continues to be a massive issue for mixed martial arts, with athletes severely dehydrating their bodies and jeopardizing their health in order to make weight at lower weight classes than they are naturally suited for — all for a hypothetical size and strength advantage.

Of course, exhausted fighters shuffling into the cage may not actually get much in the way of benefits, but the perception is that they do. And so the practice continues.

Notably, ONE Championship revamped their entire weight class system and weight cutting rules following the death of Yang Jiang Bing in 2015. The 21-year old died while cutting weight for a fight with Geje Eustaquio at ONE Championship: Spirit of Champions in December of that year. After losing consciousness, Bing eventually passed away due to Rhabdomyolysis, “the breakdown of muscle tissue that leads to the release of muscle fiber contents into the blood.” (via Bloody Elbow).

ONE, however, doesn’t deal with the myriad of athletic commissions that exist all over North America, for better or worse. In the U.S. and Canada, state and provincial commissions dictate the rules. It’s clear that with the CSAC, they’ve seen enough. While recommendations have been given to numerous UFC fighters to move up a weight class, for example, they have been routinely ignored. The UFC has yet to experience a death from the practice, but health complications from weight cutting have been frequent. Look no further than Anthony ‘Rumble’ Johnson, who shed a mind-boggling 50lbs or more back when he was cutting to welterweight. Not to mention Daniel Cormier’s Olympic struggles.

Speaking to ESPN, CSAC Executive Officer Andy Foster said that “To me, that’s a health and safety issue. It’s sanctioned cheating.” Interestingly, per ESPN’s report, “28 MMA bouts from January 2019 to October 2019, out of a total of 285, saw fighters weigh more than 15% above the contracted weight class,” according to CSAC data.

That’s 28 fights, in less than a year, potentially cancelled. Among them, the main event of UFC Sacramento in July, which saw Germaine de Randamie take on Aspen Ladd. Ladd, with a history of weight issues, earned back 18% of her weight according to the CSAC.

Now, will fighters and promotions accept the new rules? Or avoid California rather than risk fights being cancelled? 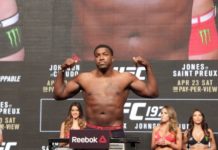 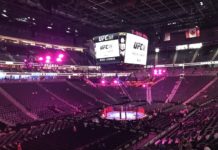