Second fight in on the UFC 243 PPV saw Dhiego Lima take a clear decision over Luke Jumeau, regardless of what one judge had to say.

Dhiego Lima, brother of former Bellator welterweight champ Douglas Lima, was back in action at UFC 243 in Melbourne, Australia. There, he took on local favorite Luke Jumeau. Jumeau, a.k.a. ‘The Jedi,’ was a New Zealand native fighting for the first time since 2018.

Lima went to the body early, while Jumeau stayed on the outside. He was looking for a way in, and started with an outside leg kick. Lima would launch a kick of his own moments later; that was followed by another. Single strikes and kicks were the story early on, with neither men getting combinations off. An eye poke by Jumeau then halted the action, but Lima was good to continue.

Back underway, Jumeau was already showing the effects of the leg kicks he had eaten. Lima, as if sensing that, fired another one.

In the second, a brief flirtation with the ground after a leg kick didn’t last, with Jumeau coming right back up. Lima would later catch a kick and try to get his opponent down again; again Jumeau popped back up. They’d go to work along the fence, Lima in control. They’d break; back in the open, Lima would circle on the outside. Again, a slow pace commenced, until the latter part of the round, where an explosive exchange saw both men landing. Jumeau connected with an uppercut. Lima, however, would get Jumeau down against the fence. From there, he’d fire off some short left hands, while Jumeau tried to explode out. He did, just prior to the buzzer.

The third had Jumeau down on the scorecards and in need of a finish. That didn’t seem likely unless ‘The Jedi’ committed to an attack that involved more than a single strike. Lima, meanwhile, continued to unleash those nasty leg kicks. In the end they’d go the distance, and when it came to the scorecards, well, two of them got it right. One judge saw it for Jumeau, for reasons unknown. 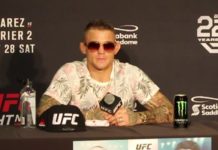 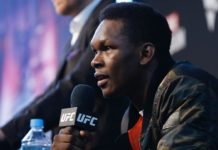