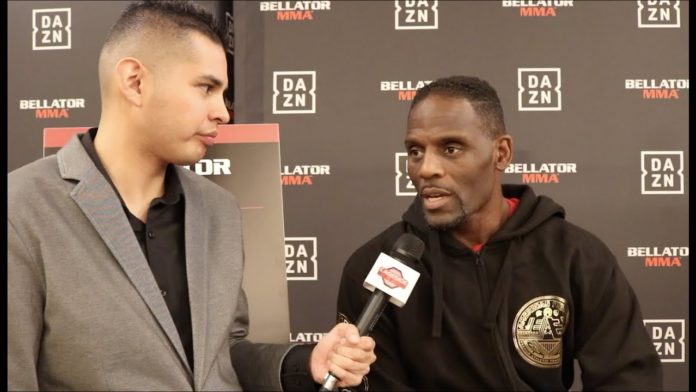 Heading into Bellator 228, Team Bodyshop head coach and lightweight pioneer Antonio McKee says he never walked away, despite what you may have heard.

Los Angeles, CA — Competing at age 49 this weekend at Bellator 228, on the same card as son AJ, Antonio McKee is making one thing clear: age is just a number.

Younger fans may not remember the time when Mckee went eight years undefeated, or held the MFC lightweight championship. But McKee never got into the sport for the accolades anyway. As he told Cageside Press ahead of Bellator 228, “I loved to fight. The same reason my son’s doing it, and I had to acknowledge him as a fighter. I just loved to fight. I loved the challenge, individual, one-on-one.”

While McKee had his favorite fighters, including “Rampage [Jackson], and there was a couple other guys,” what really inspired him was just seeing the sport televised. “When I saw it on TV, I was like ‘I want to do that! I think I’m pretty good at it.’ I was a great wrestler. And I had my eight years of victories, went undefeated, and I had a great time, it was fun for me.”

Given the fun he was having, it’s something of a surprise that he left the sport following his last bout in 2014. But McKee explained that he never really left. “I never walked away. I think social media and fans retired me,” he exclaimed. “I never officially retired. They’re full of sh*t. Again, you’re dealing with social media today, they can say whatever they want to say about you. But I’ve been training, I will continue to train, as long as this career’s going, unless I receive and injury where I can’t train, and then I think I’ll step away.”

Some may think McKee has found fountain of youth, but his explanation is a little less fantastical. “I’ve got a young girlfriend, and a young new son at two years old, which keeps me young. Then I’m in the gym every day with my son. You don’t age when you’re happy.” 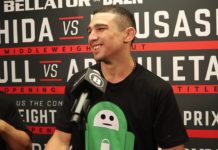