This edition of the Weekly MMA Prospect Report puts the spotlight on Asia, as both ONE Championship and RIZIN Fighting Federation are in action, with some promising up-and-comers taking part.

ONE Championship lands in Bangkok, Thailand this Friday, while RIZIN will be in Nagoya, Japan for RIZIN 18 on Sunday. Those are just two of the cards going down this weekend that will see several MMA prospects in action. So without further adieu, here’s the most recent installment of our Weekly MMA Prospect report!

Limberger has shown one-punch knockout power, but his high volume output is where he excels. He throws one-twos from a variety of angles, almost never throwing just one strike, and mixes in kicks beautifully. The featherweight is an excellent range fighter with great footwork and perfectly-timed counters. He uses leg kicks as one of his main weapons and does a good job switching to spinning kicks that are neither sloppy nor telegraphed at all.

Limberger has underrated wrestling, as he has great timing on his double leg and he sets it up and executes perfectly. On the mat, you can’t ask for much more, possessing good BJJ on top or off of his back, which shows in his five submission victories. Limberger is constantly passing into better positions, getting the mount and the back, and landing effective ground and pound. He fights Boris Fedorov (9-1) who is something of a question mark.

Fighting out of India, Asha Roka is a young prospect at only 20-years-old. She has got her cage time out of the way very quickly with her longest fight going 1:41. On the other side her fastest win is a 0:09 knockout. Roka has experience in boxing and bringing it into the cage she does have two knockouts in her MMA career. She’s also shown a submission game with two submission wins. She’s very wild but aggressive, throwing wild hard hooks while staying on the gas. Roka still has a lot to show and needs a step up in competition bad. She fights Ning Stamp (1-0).

Thanh Le is a karate-based fighter and one of the most exciting known prospects out there. He has amazing power, kicks, and punches with “lights out” written on everything he throws. His takedown defense was a problem in the past but he has seemed to improve in that area in his most recent bouts. He is 33-years old, so another loss would be a big step back. He fights Kotetsu Boku (26-13-2) who is on a two-fight skid. 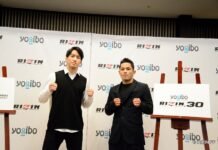