Zoila Frausto discusses her fight with Reina Cordoba on August 2 in Combate Americas as she continues her successful resurgence in mixed martial arts.

Combate Americas has had an incredible 12-month run of signings and new deals. But one that has shockingly flown under the radar is the acquisition of former Bellator champion Zoila Frausto, who will be making her second appearance for the promotion on August 2 when she faces Reina Cordoba in the main event of Combate Fresno.

For the first time since 2012, Frausto is riding a streak of multiple victories going into a fight. While it will be six months since her promotional debut in February, she was actually set to return to action much sooner. She was scheduled to fight on May 10 in Stockton when her opponent Simone Duarte suffered an injury just days out from the fight and no replacement could be found on such short notice. A month later, the promotion announced that Frausto would headline the event in Fresno. Speaking about the situation and turn-around, Frausto says:

“I feel like I’ve been in camp all year because I was supposed to fight in April, and then May, and now August. I mean, I’ve been ready to go for awhile now. I’m more than excited that they’re coming back to Fresno and that I get to headline this card.”

In the first three years of her career, Zoila Frausto went 12-1 with her only loss in that span coming at bantamweight to future Strikeforce and UFC champion Miesha Tate. Soon after, she signed with Bellator where she had her career-defining run in their strawweight tournament and ended the run of Japanese MMA star Megumi Fujii in the final to become the first female champion in Bellator history. However, disconnect with the company followed and Frausto found herself taking several bouts at flyweight as Bellator failed to get her strawweight opponents against which she could defend her title.

“It was a little disappointing because back then it was Bjorn Rebney who was the President and he promised me a lot of things. So that left a bad taste in my mouth when it came to Bellator. But it looks like things are starting to work out which is nice for them.”

After a four-fight skid that followed her through Invicta and RFA (now LFA), Zoila Frausto took a hiatus from MMA and kept herself busy in Muay Thai and kickboxing. She returned to the cage in February with a victory over Jaimee Nievara in February, exacting revenge for her little sister who lost to Nievara back in 2016. Her debut with the company was a one-off, but she has since signed a new five-fight deal with the organization. At 35-years-old, Frausto explains what her goals are at this stage of her career:

These days, Frausto is part of a team in Northern California. Taking advantage of the resources around her, she has a stable camp that has a been part of her success.

“I’m with Combat Sports Academy in Dublin, California. It is a really heavy striking gym. Tons of world champions when it comes to women. As far as MMA goes, Darren Uyenoyama from FTCC and Daley City, he comes out and teaches our pro MMA program at CSA. Every now and then I’ll go out to Daley City and do some jiu-jitsu and wrestling with him. But for the most part it’s Combat Sports Academy and Darren from FTCC. We also have from Team Alpha Male Alex Munoz who comes out for wrestling and a lot of their guys come here to cross-train with us on their striking.”

The event in Fresno is largely being carried by Zoila Frausto’s name value and history as Bellator champion, something evident in her being front-row-center in all promotional materials for the fight. However, her opponent Reina Cordoba is an underrated professional who has competed exclusively in her native Costa Rica. Cordoba has only lost once, to former LFA champion and now UFC flyweight Sabina Mazo. However, Cordoba is also hoping Combate Americas will rejuvenate her career as the fight with Frausto is her first since 2017.

“Anybody that’s going to say that [she’s been brought in to build me up] can obviously look at her record and see what she’s accomplished in judo and MMA. She’s 9-1. She’s been around for a very long time, just as I have too. Being a veteran, being a little older, we’re wiser, we think a lot more, and we do a lot better. The challenges I feel like I’ll face when it comes to her is pretty much what every other woman usually tries to do when it comes to MMA and me: they’ll get hit a couple of times and won’t like it and look for the takedown every single time. The only real challenge, though I wouldn’t call it a challenge for me now, is to stay away from her takedown and if I do get taken down get back up and put her away. I don’t really see that as a challenge anymore because I’ve been doing that my entire career so that’s a lot of what my training is. It’s defending takedowns, using my striking, being conditioned to play that up-and-down game if I have to or reversing it and using the wrestling that I have and doing what I have to do.”

Speaking on Cordoba’s hiatus from the sport, Zoila Frausto does not take her return lightly. From her own experience, a long lay-off from MMA is not an indicator that a fighter will be less of a threat upon their return and she is fully prepared for the Reina Cordoba that opened her professional career on a seven-fight win streak.

“It depends on the person. I don’t think a lay-off is going to be that big of an issue. I expect to see the best of Reina Cordoba regardless of if she’s had time-off or not. Just as I would bring the best of myself and like I have. I think it’s just the mind-set of the athlete and the fighter and just doing their absolute best in their training. I don’t believe in ring rust either. It’s just the attitude of the fighter and the work that they put in. I believe I’ll be seeing the best of her, I’ll be bringing the best of me. And those always make for really good fights.”

Combate Americas currently has only one champion with plans to crown another in August. In Frausto’s view, however, a championship in the women’s flyweight division may not be far off.

“I believe it’s gong to happen pretty soon, hopefully before the end of the year. They’re starting to sign a lot of female fighters, flyweights and strawweights. From what I’m told, they’re not going to do belts for the women. They’re going to do crowns. That’s something that I would absolutely love. I have three belts so the crown would be absolutely nice too. So hopefully before the end of the year, if not, next year. But there is a light at the end of the tunnel for that and I’ll be more than happy to wait around for it. “

Zoila Frausto will face Reina Cordoba in the main event of Combate Fresno on Friday, August 2. The event will simulcast live on Univision in Spanish and on DAZN in English. 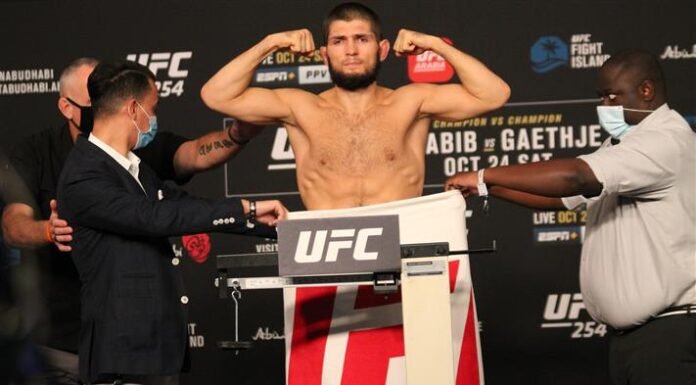 ONE: Inside the Matrix — Martin Nguyen Done With Other Weight Classes, With One...