Morgan Frier is going from the frying pan into the fire when she takes on Kayla Harrison at PFL 4 later this week.

It’s safe to say Morgan Frier has not had an easy draw during the PFL 2019 season. Competing in the women’s lightweight division, Frier (4-2) went up against Sarah Kaufman in her first bout. Heading into PFL 4 this week, she’s now tasked with facing undefeated Judo ace Kayla Harrison.

We caught up to ‘Mad Dog’ ahead of her fight with Harrison, where she spoke to us about making the move to Vegas, her military service, and more.

“I’ve actually been living here for six years,” she said about moving to Vegas. “I was just training over at Syndicate, then decided to move over here [Xtreme Couture] probably about a month out from my fight with Sarah Kaufman.” The move was influenced by a couple of training partners, including Jessica-Rose Clark in the UFC, making the jump as well.

Frier, however, took a very different path than many to get into MMA. “I started with wrestling in high school, then after that I did jiu-jitsu once I graduated high school.” But it was in the military, training combative, where things really took off.

Frier joined the service in 2010, when she was 18. Originally from California, she had dreams of traveling while in the army, but instead was stationed at Fort Irwin, back in Cali. That prompted her to start thinking of life outside the service, but meanwhile, she trained combatives there. “It was a pretty small team, but we went to the All-Army Combatives tournament which was in Fort Hood, Texas, and that sh*t is crazy. It’s like UFC.”

When she got out, she pursued mixed martial arts, and made her way to Vegas and Xtreme Couture. “I really like it, because everybody’s pretty cool, and they know what you need to work on, so they kind of adjust,” she said of the gym.

When it comes to prepping for a fight, “I like heavier training partners, I like to go against the guys, so it’s cool.”

The biggest key is that these days, she’s getting consistent work in. “I had a coach back in California, but he’s in California, I can’t keep going back to California, that’s what messed me up the first time, because I don’t get that much training in,” Frier explained. “Now, finally, I’ve been here six years like I said, six, seven years, I needed to find somewhere here so I could be way more consistent. I wasn’t in the past at all. This is probably been the most I’ve ever trained.”

As for any game plan against Kayla Harrison, time will tell. “It depends how the fight goes. It all changes once you get in there. You might have a game plan when you go in. But just like I did with Sarah Kaufman, I didn’t plan on standing for maybe a minute. Then it went to the ground, and it didn’t work out the way I wanted to.”

So heading into PFL 4, said Frier, “I’m just planning on having all my ducks in a row, and being good at everything I can.”

She’ll likely be better prepared than she was for the Kaufman bout to start the season. “It was way too quick, it was ridiculous. But the whole thing was so surreal for me. That was my biggest fight. The interviews, the photoshoot, everything before, I was just like ‘man this is really happening, it’s crazy.'” Dogged by that feeling, “once I was in the cage, I wasn’t, like, there.”

“Usually you know you’re going to fight, and you get into that mentality, and I couldn’t all day.”

The fourth show of the PFL’s 2019 season takes place Thursday, July 11 in Atlantic City, NJ. The card airs live on ESPN 2, and TSN in Canada. 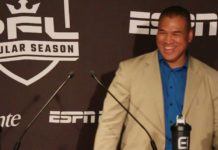 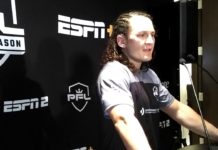 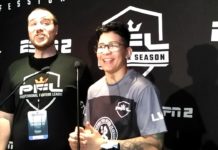 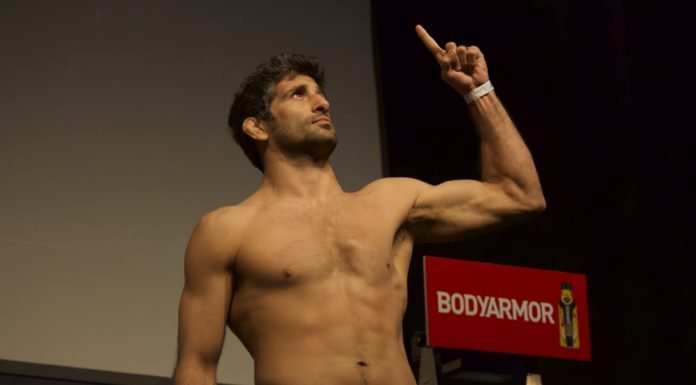