UFC Montevideo will feature the highly anticipate Octagon debut of Ciryl Gane. He’ll be taking on another debutant in Raphael Pessoa.

The UFC is coming to Montevideo, Uruguay, on October 8. The event will be held in an unknown arena to later be announced. With only a few bouts announced, the card got a heavyweight banger in a battle between two newcomers. Ciryl Gane will take on Raphael Pessoa.

How Does Ciryl Gane Fare in the UFC:

Although Ciryl Gane is only 3-0, he’s fought competition with a combined record of 16-2. In those three fights, he beat two good prospects in Adam Dyczka and Roggers Souza. Gane is a freak athlete who is a two-time national Muay Thai champion. I believe he is also undefeated in professional Muay Thai at 12-0.

He has all the things that are rare in most heavyweight fighters. That’s athleticism, power, size, and technique. In his three MMA bouts with one submission win, Gane has really showcased his stand-up. He has a strong straight jab he uses often and it set up the overhands that he likes to throw. Gane is unorthodox is the way he throws his strikes like a standing hammer fist and a double punch. That said, he can be a little bit wild but he throws from so many different angles it makes him hard to read. The Frenchman has shown that his Muay Thai is legit as he has excellent knees, mixing it in with his strikes well.

He’s only gone beyond the first round once in his MMA career but has done so several times in his Muay Thai career. He’s shown with the pace he throws that he has some good cardio. He’s good at range with his looping hooks, overhands, kicks, stabbing jabs, and his 83″ reach. When the fight is in close quarters he has good control, elbows, and his fantastic use of knees.

The big issue with Gane is the unknown. He’s only 3-0 and hasn’t really been tested. We don’t know he reacts when getting hit flush and more so how is he off his back. He hasn’t really ended up on his back but hasn’t had an opponent legitimately hunting for the takedown. It’s hard to say how he will do long term, but this is a fantastic signing.

Continue on for a breakdown of Raphael Pessoa. 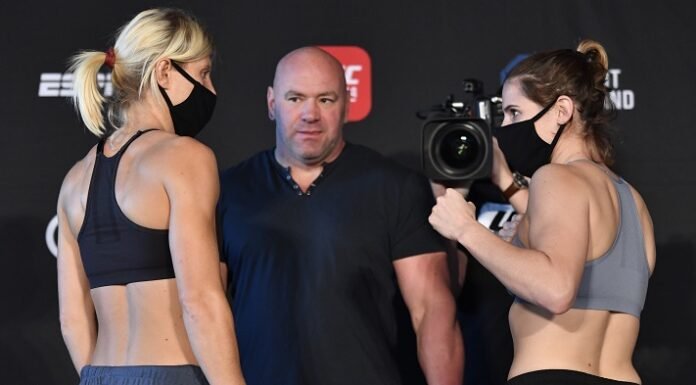