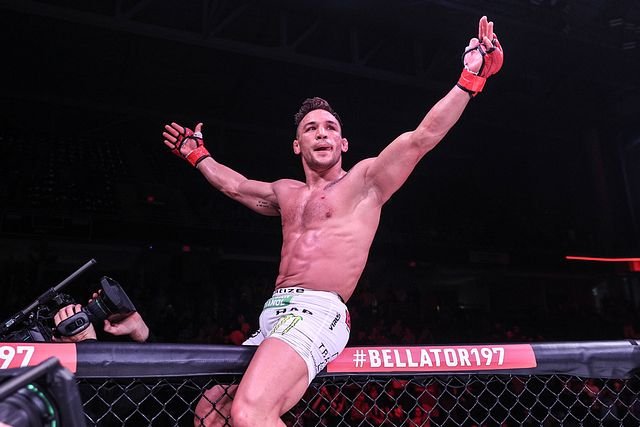 Bellator 221 brings us both a lightweight title fight and a welterweight grand prix matchup, and Cageside Press has their picks set.

The main event of Bellator 221 is a vengeance match between Patricio Pitbull and lightweight champion Michael Chandler. Chandler is a three-time champion of the 155-pound division with a win over Patricio’s brother Patricky. Pitbull is the current Bellator featherweight champion and is on a three-fight win streak. All but one writer picked Chandler.

Top prospect AJ McKee takes on former champion Pat Curran. McKee, who has spent his entire professional career in Bellator, is 13-0 with stoppages in his last two fights. Curran has been with the promotion since 2010, but has not fought since 2017. He is, however, on a three-fight win streak. McKee was unanimously picked.

Jake Hager, AKA Jack Swagger, fights TJ Jones. Hager was a Division I All-American who made his professional debut earlier this year. Jones is 1-1 with the win coming in 2017. Hager was unanimously picked.

Opening up the Bellator 221 main card will be top prospect Tywan Claxton against James Bennett. Claxton is 4-0 with three stoppages and all of his fights have been with the promotion. Bennett is 4-1 with first-round stoppages in his last two fights. Claxton was also unanimously picked.