With Jon Fitch looking at what may very well be his last chance at another major title at Bellator 220, we had Bellator fighters predict the outcome of his fight with Rory MacDonald.

Bellator 220 goes down this weekend in San Jose, CA and atop the card will be a welterweight title fight, doubling as yet another step in the Bellator Welterweight World Grand Prix. The fight will see 170lb champ Rory MacDonald finally join the fray, after straying up to middleweight last year for a shot at Gegard Mousasi.

Challenging MacDonald will be a man no stranger to title fights: Jon Fitch. Fitch is a former UFC title challenger and World Series of Fighting champion, and he’ll look to claim another big title for his collection in San Jose.

Ahead of the bout, we spoke to a number of Bellator fighters to get their take on the who will win the main event this weekend.

Joey Davis: I’m a fan of both, I’ve been watching Jon Fitch since I was a kid. But Rory MacDonald, I’m truly a fan of him, and I’ll tell you why, because he’s known from GSP. Anybody that comes from GSP, or GSP pronounced, has to be good, right? GSP doesn’t talk a lot about people he trains with, or who he did train with, or anything like that.

I’m going to have to go with Rory. I feel like he’s been in the cage a little bit more, he’s been fighting elite competition for a long time, not that Fitch hasn’t, but I think that Rory came out on top, beating a lot of those elite guys.

Shawn Bunch: I’m going with my teammate, my brother Jon Fitch. I’ve seen him training every day. He’s been looking very well. He’s older, but he’s smart. He knows what it takes to win these fights, these big fights. He’s always been counted out, probably his whole career. But I’m going with my boy, my brother Fitch.

David Rickels: I think Rory has a lot to prove after his fight with Gegard Mousasi. I think he’s going to come back with a vengeance. I think he’s a lot more well-rounded, so I think we’re going to see a pretty dominant victory from him.

Adam Piccolotti: Jon is something else. People like to say that he’s slowing down, or whatever they may say. But once Jon Fitch gets a hold of you, it’s a tough thing to deal with, trust me. He’s got pressure like basically no other. He’s always moving forward, never relenting. He’s got all the experience in the world. So I think although he might be an underdog in the Vegas odds or whatever, I think Jon Fitch gets it done.

For those keeping score, that’s four fighters picking Rory MacDonald, and two siding with Jon Fitch. Find out who got it right this Saturday, April 27 at the SAP Center in San Jose, CA. 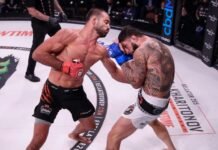 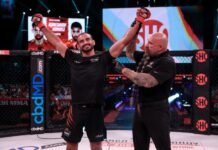