Josh Barnett has reunited with Scott Coker. Barnett, a former UFC heavyweight champion, was a member of Coker’s Strikeforce roster, and a finalist in the promotion’s storied heavyweight grand prix. Now, he joins a Bellator heavyweight division with a number of aging veterans at a time where Ryan Bader holds the title, and Cheick Kongo is the number one contender.

Barnett signed his deal on Ariel Helwani’s MMA Show on Monday, marking likely the first time a former UFC star has signed a deal with the UFC’s biggest competitor on a show aired by their broadcast partner. What a fun time to be an MMA fan.

At 41 years old, Barnett (35–8) last competed against Andrei Arlovski at UFC Hamburg in 2016. Earning a submission win and Fight of the Night honors, he then entered a protracted battle with USADA following a positive doping test, and won. After an adjudicator found Barnett had not intentionally doped — Richard H. McLaren, chief arbitrator from McLaren Global Sport Solutions, Inc., wrote that Barnett “is not a drug cheat” in his decision — the heavyweight was free to resume his career.

However, the lengths Barnett had to go to in order to settle the case, including keeping samples of every supplement he took, money out of pocket, and a year and a half out of the sport — soured Barnett on USADA. Following his vindication in the case, he requested his release from the UFC, and was granted it.

Bellator CEO Scott Coker welcomed Barnett to the fold on Twitter, promising the signing was not an April Fools joke.

(Not an April Fools joke) 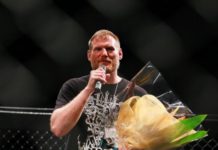 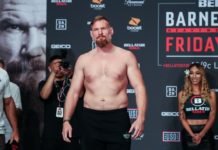 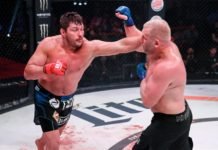 Matt Mitrione Steps In for Josh Barnett at Bellator 241