The UFC has signed undefeated Brazilian prospect Norma Dumont to add to their bantamweight division.

Norma Dumont does not have a specific opponent, but she has joined the UFC roster at 4-0. She holds a pair of wins by submission and recently defeated Invicta FC veteran Mariana Morais.

Get to Know Norma Dumont:

Norma Dumont currently lives in Belo Horizonte, Minas Gerais, Brazil. Dorma began her MMA career in September of 2016. Dumont has a background in Sanda which is a form of Chinese boxing/kickboxing that mixes punches, kicks, knees, elbows, and all forms of takedowns. The Brazilian has also trained in jiu-jitsu for eight years and in that time, achieved her purple belt. With no amateur MMA career, Dumont jumped right into the biggest platform in Brazil for Shooto Brasil and Jungle Fight. She’s currently 4-0 with two finishes by submission.

How Norma Dumont Fares in the UFC:

Of all the women the UFC could sign, even out of Brazil alone, I though Dumont was still a few years behind. It seems the only area Dumont is dangerous is on the mat due to her strong top position. Her takedowns come from the clinch as she utilizes trips well but her strikes to close the distance needs work. Her biggest issue is her stand-up in general offensively and defensively. Dumont stands too square and hardly has any kind of quality footwork. She throws heavy leather and kicks hard but has little output. Overall the UFC needs all the talent they can get but Dumont just isn’t a high-level fighter. 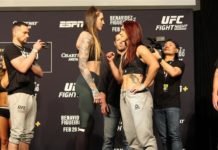 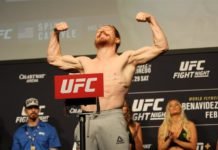