Vitor Belfort believes ONE Championship brings much-needed authenticity to the MMA world, at a time where too many try to mimic Conor McGregor.

Las Vegas, NV — Vitor Belfort is a legend in MMA. And like many other legends of the sport, retirement hasn’t exactly stuck. So it wasn’t exactly a surprise when news broke that he was returning to competition, this time for ONE Championship.

“They tried to retire me since I was twenty-two,” Vitor Belfort told media outlets including Cageside Press at ONE Championship’s trip to Las Vegas this week. Belfort is the most recent signing by the Asian MMA powerhouse, which has quickly reshaped the MMA world into a three-horse race with the UFC and Bellator.

Yet Belfort’s signing, like that of Yoshihiro Akiyama, wasn’t really on the radar, surprise or not. After all, both were presumed retired. Guess not. It’s a testament to the Brazilian’s staying power in the sport.

As Belfort explained, “in football, in baseball, if you lose, they’re still your fans. The fans of MMA, they go after a season. And now, it’s amazing, I’m like a dinosaur.” His longevity in the sport certainly defies the odds. “People see me,” Belfort continued, and “they say ‘I used to watch you when I was five years old.'”

“So now, I have the grandfather, the father, the son, and sometimes the nephew. I’m a generation guy. I was there before everybody.”

Belfort recalled seeing MMA, and the UFC, through the good times and bad, and recognized the efforts of Zuffa. “They changed the sport. Dana White, Lorenzo Fertitta, Frank Ferttita, they really really paved the way when nobody believed. They showed the money, and they showed results.”

“I’m eternally grateful for what they do.” Yet that having been said, Belfort sees himself as a visionary. And just as he saw the promise in the UFC during the dark ages of the sport, he sees how ONE could change the sport.

“I still have, in me, that competition,” he said. “Maybe not the same. But with a little help, with a little change, with a little adaptation, things can get better for me. It takes balls to make changes, and I believe with ONE Championship, and Chatri, represent, they’re visionaries.”

In that, Belfort feels they have something in common.

“I understand now how business effects MMA,” he continued. “When I saw how… ONE Championship are running with amazing minds, and understanding that MMA is not local. American football is regional, it’s only in America. MMA is global. It’s massive. It’s massive in Russia.”

Talking MMA markets, ‘The Phenom’ added “the biggest is America, the second is Brazil. I opened that. I was Moses in this. I said ‘come on, open this sea, let’s do it.’ With other great athletes as well. I’m glad that now I have a [home] that gives me a chance to apply, still my martial arts, but understanding what you guys want.|

Which includes the theatrics, but not to a level that’s fake. “I was blown away when I saw [a ONE Championship event]. I was there sitting with them and saw everything. The lighting, the introduction, everything was spectacular.” But what doesn’t fly, for Belfort, is the trash talking, the WWE-style antics. Pointed out that they drive PPV sales, Belfort countered, saying “not anymore. How many PPVs sold, the last one? You know how much? It’s not much. Not many.”

To further illustrate the pointed, Belfort explained that “if I’m a promoter, I’m going to promote a fight, I’ve got to see, who am I promoting? Who I have. Because if I try to make you what you’re not or try to make you that person, because that person sold me more, I’m just not giving what the fans needed. They need authenticity.”

That might be key to what ONE brings to the table: authenticity.

Later, Belfort added “I’m a big believer that that’s where we’re going, to a new era. And I believe ONE Championship will be there.” 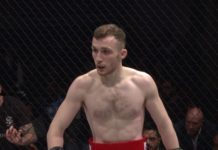