Weili Zhang had not lost since her first pro fight in 2013, and continued her impressive winning streak at UFC 235 against Tecia Torres.

UFC 235 seemed to have something for everyone on Saturday night. Title fights. Established stars. Up-and-comers. And plenty of action on the women’s side. On the main card in Las Vegas at the T-Mobile Arena, it was Tecia Torres taking on the surging Weili Zhang. The Chinese fighter had won two straight in the UFC, and was 18-1 heading into the night. With an early-career win over pioneer Emi Fujino, she was certainly a talent. One who hadn’t lost since her first pro bout.

Yet Torres had been circling the top of the division seemingly forever, until a two-fight slump against Jessica Andrade and Joanna Jedrzejczyk. Would she bounce back against the surging Zhang, or would Zhang’s momentum continue at UFC 235?

The latter. In the opening round, both fighters stayed active, light on their feet. Zhang fired off a spinning back kick, and fired off standing elbows and short punches when she made it inside. Torres relied on movement, more often than not evading her opponent’s strikes, living up to her Tiny Tornado name. When the fight went to the ground two minutes in, the pair rolled, and were quickly back up, neither getting the upper hand. Zhang certainly favored the spinning attacks, but ran the risk of putting herself out of position. Later in the round, however, Zhang would manage to take the back of a standing Torres. She had about a minute to work, but would slip off, and they’d finish the round standing.

Round two continued the quick pace, and the spinning attacks of Zhang, who landed a spinning back fist early. Torres attacked with a kick then a left hand, but Zhang appeared more active. Torres was countering, but getting backed up by kicks. Finally, in a grappling exchange at the end of the round, Torres was able to reverse and get on top, in Zhang’s guard. That gave her a minute to score some damage (or perhaps steal the round), but she did not come close to a finish.

Zhang continued to press the action in round three. Torres, however, fired off a number of kicks at her opponent’s legs, and seemed to have found her timing. Zhang would fire a combination, Torres answered back. At the midway mark, however, Zhang scored a takedown with a trip, and moved to half-guard. From there, she controlled to the end of the round, dropping elbows and controlling the fight. The final result, a unanimous decision, and a 19-fight win streak for Weili Zhang.

MMA 2019 Year in Review: Fighter of the Year 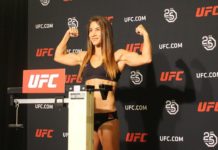 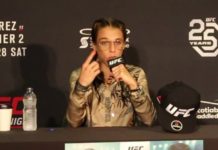 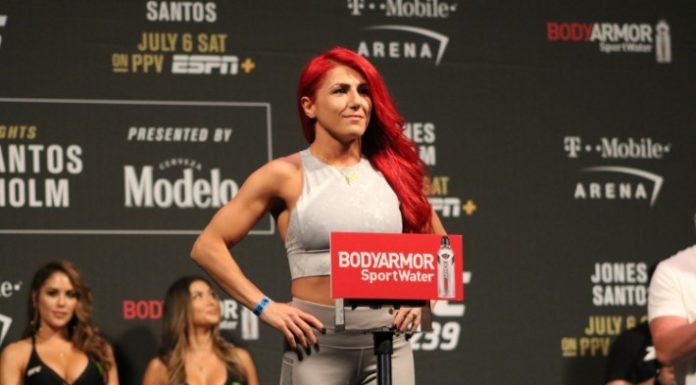