The UFC’s second trip to Russia has a massive heavyweight clash for its main event, as Alistair Overeem will face Alexander Volkov in a key heavyweight bout.

A heavyweight thriller is set for the main event of UFC St. Petersburg. In it, the towering Alexander Volkov will face the hulking Alistair Overeem, in a promising match-up in the division ruled over by Daniel Cormier. UFC officials announced the fight on Friday, in advance of the ceremonial weigh-ins for UFC Prague.

With Cormier delaying his previously announced retirement for the time being, Volkov vs. Overeem could turn out to be a key fight in the heavyweight division. Overeem (44–17 (1)) was once considered the best heavyweight on the planet, and when the UFC finally landed him after the demise of Strikeforce, he was considered a lock to wear gold in the promotion. However, after defeating Brock Lesnar in his debut, performance enhancing drug questions would plague the Dutch star. A 14-to-1 testosterone-to-epitestosterone (T/E) ratio would see Overeem yanked from a fight with then-heavyweight champ Junior Dos Santos in 2012. Overeem would return the following year, only to be finished, violently, by Bigfoot Silva and Travis Browne.

Just when it looked like ‘The Reem’ was done, however, he put himself on a four-fight win streak, finishing Dos Santos, Stefan Struve, and Andrei Arlovski, and taking Roy Nelson to decision. That punched his ticket to a title shot against Stipe Miocic in 2016, where he was finished in the first round.

Back to the drawing board, Overeem went 3-2 over his next five fights, and is coming off a win over Sergey Pavlovich in Beijing, China last November. He’ll look to make it two in a row against Volkov.

The Russian known as ‘Drago,’ meanwhile, saw a title shot slip through his fingers when he was finished by Derrick Lewis in the dying seconds of their fight at UFC 229. In a fight he was winning, with eleven seconds left in the third round, Volkov (30-7) was knocked senseless by ‘The Black Beast.’

The snapped a six fight win streak. He’ll attempt to bounce back against Overeem, in a fight that should put him right back in contention with a win. 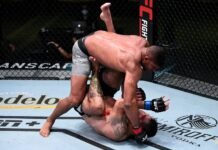 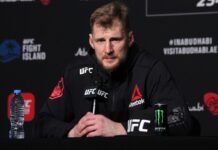 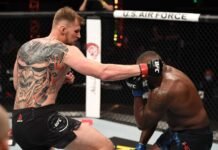 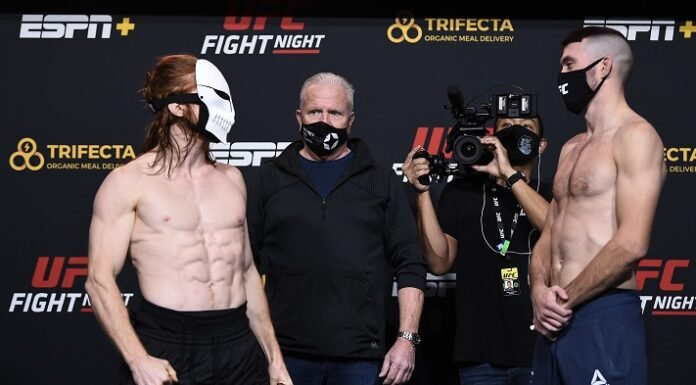