Clash of Legends saw ONE Championship return to Thailand with a card heavy on Muay Thai action, including a bantamweight title fight.

On a weekend brimming with MMA action, ONE Championship returned to the Impact Arena in Bangkok, Thailand. There, Clash of Legends was set to crown the promotion’s inaugural bantamweight Muay Thai champion, as ONE continued to branch out into single discipline action. Battling for that title, Thailand’s own Nong-O Gaiyanghadao would have home field advantage against China’s Han Zi Hao.

On the MMA side of things, women’s atomweight Gina Iniong, who had been trading wins and losses of late, looked to get back in the win column opposite Jihin Radzuan. Undefeated Japanese standout Daichi Takenaka, meanwhile, took on Mark Abelardo.

Check below for results, or catch the action in the ONE Championship: Clash of Legends live stream above (where available).

ONE Championship: Clash of Legends Results: 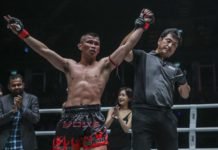 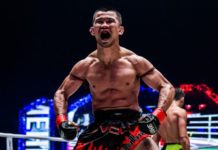