UFC Fortaleza saw a featherweight legend in the spotlight again, and a new contender emerge in the bantamweight division, with Jose Aldo and Marlon Moraes winning big.

UFC Fortaleza turned out to be an exciting night of action for fans in Brazil and watching on ESPN+. Five finishes to top the night, including exciting stoppages for Jose Aldo and Marlon Moraes in the co-main and main events, respectively.

Aldo set up a finish of countryman Renato Moicano with a body shot in the second round. That was followed by a bombardment of strikes from the former champion, who has seen a return to form in his past two fights.

Moraes, meanwhile, submitted rival Raphael Assuncao within a round in the main event. The win draws their career series even, and puts Moraes, a former WSOF champ, in prime position for a title shot.

Following the event, the UFC Fortaleza post-fight press conference kicks off at 11:00PM EST. You can watch the live stream above. Full results for the card are below. 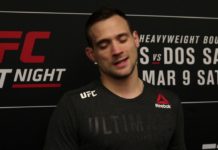 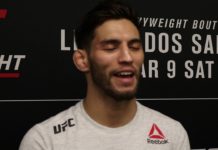 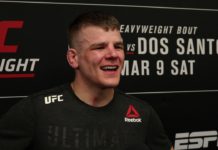