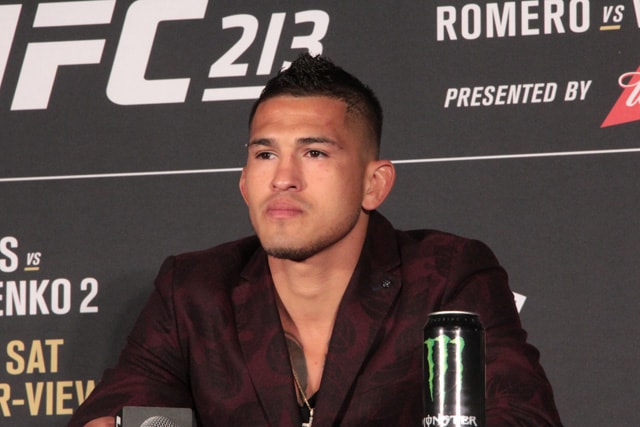 Former lightweight champion Anthony Pettis will now try his hand at 170 pounds after a stint at featherweight and a second run at lightweight. Greeting him will be the excellent striking of Stephen Thompson in the main event of UFC Nashville.

ESPN’s Ariel Helwani first reported the main event of UFC Nashville. The card has not had Tennessee designated as its official location just yet, but it will take place on March 23. It will be the sixth UFC event on the streaming platform, ESPN+.

Heading into 2019, both Anthony Pettis and Stephen Thompson are in need of a rebound. Thompson found himself on the wrong side of a controversial decision against Darren Till in his lone bout of 2018, which gave Till a title shot. Pettis opened eyes with a submission victory against Michael Chiesa, but did not last against perennial top contender Tony Ferguson in a fight of the year candidate. A win for either man would be a perfect way to start the new year.

This will be Anthony Pettis’ first foray into the welterweight division since December 2008, which was his final fight before joining the WEC. “Showtime” went 5-1 in the blue cage, capping off his run with a spectacular title victory over Benson Henderson. Five fights later, Pettis won the UFC belt over Henderson with a beautiful armbar that had fans thinking a new era had begun. Rafael dos Anjos put an end to that in Pettis’ second title defense. A three-fight losing streak spurred a featherweight effort in which he earned a title shot by submitting Charles Oliveira. After falling to Max Holloway, Pettis returned to lightweight and has since gone 2-2.

Stephen Thompson has been fantastic since committing to mixed martial arts following a wildly successful kickboxing career. “Wonderboy” was 8-1 in the Octagon with five knockouts before receiving his first title shot. Fighting to a draw and an uneventful decision loss was certainly not the way he wanted his title shots to go, but a one-sided decision over Jorge Masvidal showcased that he still possessed his masterful striking. His last appearance was the aforementioned loss to Darren Till in which he suffered a knee injury.

UFC Nashville is expected to take place on March 23 with Pettis vs. Thompson in the main event slot. The arena has not been named yet, but all four of the promotion’s previous trips to the Music City have placed the cage inside the home of the NHL’s Nashville Predators, Bridgestone Arena. 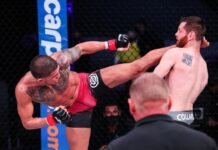