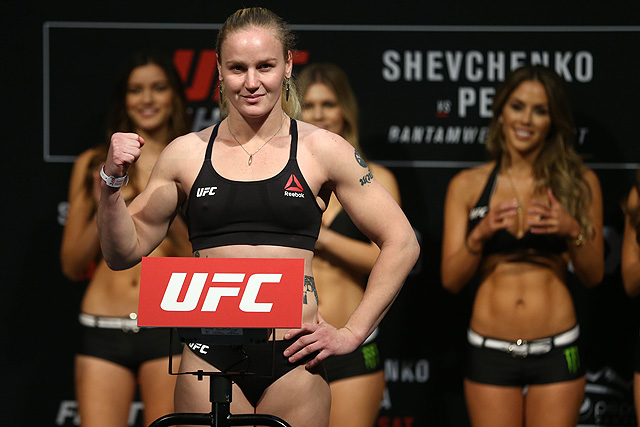 Nicco Montaño shocked the MMA world when she won the UFC flyweight title as an unknown last year.  Ten months later, she now looks to defend against the dangerous Valentina Shevchenko at UFC 228.

For a time, it appeared that flyweight champion Nicco Montaño may not even make it to her first title defense.  In her ten months away, the flyweight division has accumulated a notable line-up of challengers all vying for a shot at gold.  Leading the pack is Valentina Shevchenko, who has seemingly spent all of 2018 waiting specifically to take the belt off Montaño by force.  At UFC 228, the two will finally enter the cage for the first defense of the women’s flyweight title in UFC history.

Last December, Nicco Montaño was the feel good story of 2017.  An unknown entering The Ultimate Fighter, she upset every tournament favorite en route to winning the inaugural flyweight championship.  But her impressive triumph was quickly met with an awkward silence.  Montaño went absent with few details as to why and fans were left speculating if she was covering up an injury or even avoiding a match-up with the far more experienced Shevchenko.  She would later reveal an ongoing struggle with various infections that prevented her from returning to training and soon after being cleared the fight with Shevchenko was booked.

Montaño insists she is unconcerned with the talk surrounding her.  She has heard those who believe she was sitting on the sidelines with the hopes that Shevchenko might be taken out of the running.  And she has heard those who say the fight is mere a formality and that Shevchenko is already the champion without the belt.  In a comment to MMAJunkie, Montaño stated “I’ve already proven that (I’m a champion.) I feel like I’ve already proven that. With this fight against Shevchenko, it’s just going to show other people that, and the true people that are inspired by me, that no matter what the odds are, that you can still come out successful and victorious.”

Valentina “Bullet” Shevchenko would love nothing more than a UFC belt to validate more than a decade of competing in both MMA and Muay-Thai.  When she made her flyweight debut earlier this year, she immediately was considered the top fighter in the weight class after a successful run at bantamweight.  Shevchenko holds victories over the likes of Holly Holm and Juliana Peña at 135, and her only UFC losses have come in close bouts with champion Amanda Nunes whom she has stated she intends to face again down the line.

Perhaps the biggest challenge facing Shevchenko is the test of focus.  She has a tremendous 58-2 record in Muay-Thai with three wins over former strawweight champion Joanna Jędrzejczyk.  She holds a 15-3 record in MMA with her only losses ever coming to Nunes and former title challenger Liz Carmouche.  By comparison, Montaño is 4-2 and the consensus is that it will take a Herculean effort to overcome Shevchenko in a five round match.  “Bullet” is well aware of the numbers, and the test for her may well be whether she can fight at the elite level she is capable of despite comments that would encourage complacency.

Stylistically, the key for Montaño is to get the fight to the ground by using her punches to set-up takedowns.  Shevchenko is well-rounded so Montaño will have to be willing to exchange strikes with the challenger in order to get the reaction she needs when she feints and changes levels.  On the ground, she will need to stay active as to keep Shevchenko on the defensive and take away opportunities to defend with submissions or work to her feet.

Shevchenko’s best route to victory is to use her counter striking to catch Montaño as she attempts to close the distance.  It stands to reason that the challenger should be the more accurate and versatile fighter on the feet, but she must also avoid getting complacent should the champion attack with high volume.  If Shevchenko has trouble delivering damage, she will need to switch to a more offensive attack as to not allow the active Montaño to steal rounds on points.

The title picture after Shevchenko is cloudy as no clear-cut contender stands out.  Sijara Eubanks would make the most sense as she was originally set to face Montaño for the title before health complications forced her out of the fight.  Both Jessica Eye and Liz Carmouche are riding impressive victories this year at flyweight, but their inconsistency in their UFC careers makes the marketing for them in championship bouts more difficult.  Depending on the outcome of the bout, it stands to reason that the next title defense will not take place until 2019. 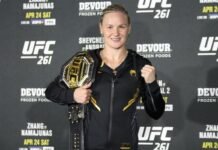