The return of Mirko Cro-Cop, and a kickboxing super-fight between MMA veteran Kyoji Horiguchi and Tenshin Nasukawa are among the highlights planned for RIZIN 13 next month.

Mirko Cro-Cop will return to action after an injury forced him out of the Bellator 200 main event opposite Roy Nelson. Only, with Nelson already facing Sergei Kharitonov later this year, Cro-Cop’s return comes under the RIZIN FF banner, rather than Bellator. The promotion announced the news at a press conference (and in a follow-up press release) on Friday. Also revealed was the full line-up for the upcoming RIZIN 13.

With eleven bouts on the card, the other big news comes in the form of Kyoji Horiguchi facing blossoming star Tenshin Nasukawa — in a kickboxing bout, however. That puts the fight in Nasukawa’s wheelhouse, given an MMA fight would have seen Horiguchhi as the heavy favorite. Also added to the RIZIN 13 card, a lightweight contest between Darion Cruickshank and fellow ex-UFC fighter Diego Brandao.

Cro-Cop (36-11-2, 1NC), meanwhile, will face Roque Martinez (13-4-2) at the event. Martinez is fresh off a thrilling, back-and-forth battle with Kiyoshi Kuwabara (Samurai Mark Hunt) at RIZIN 12 in which he was able to hold on for a TKO victory.

The full RIZIN 13 card is as follows: 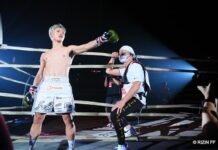 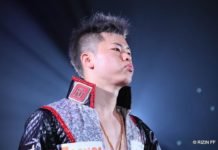 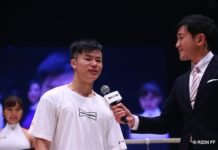